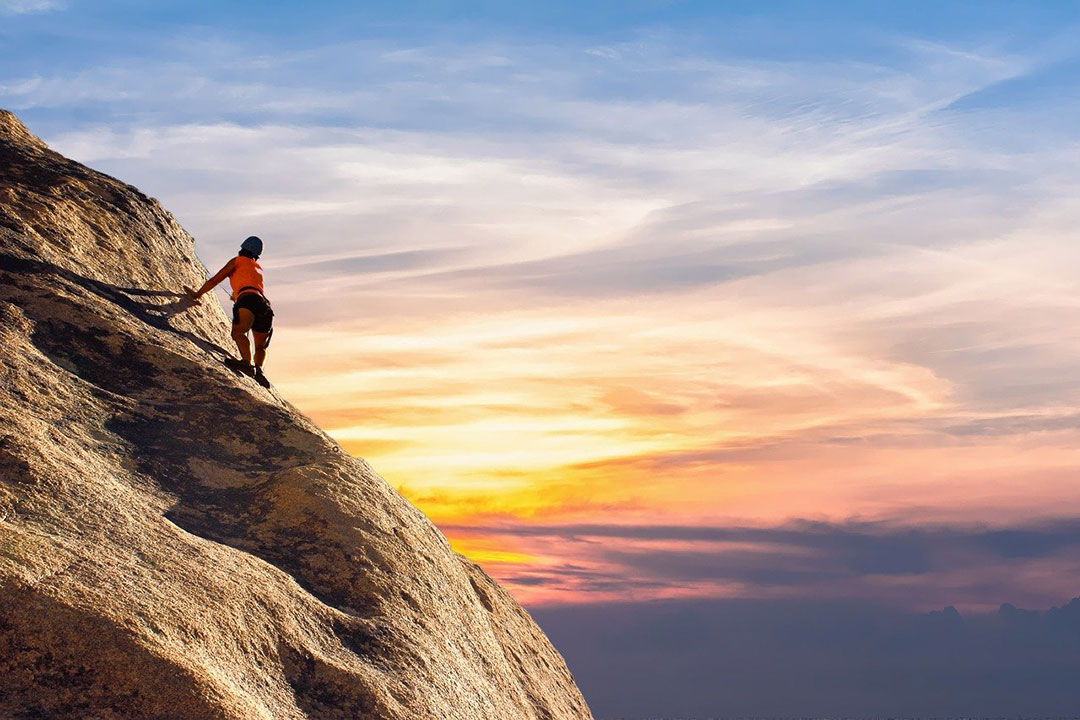 It may come as a surprise, but fiery Mars is well-placed in Capricorn. Despite Capricorn being an earth sign and under Saturn’s natural dominion, Mars does well when working within Capricorn’s structures. Capricorn is strategic, cunning, and ambitious. That gives Mars something ‘solid’ to work on; direction and focus, instead of just shooting its wad at random. In Capricorn, Mars acts a lot more disciplined. He has a plan to follow and sets out to achieve his goals in a very targeted way.

Thus, Mars is less impulsive in Capricorn, but that is not to say that he won’t take risks. He carefully weighs up the risk and benefits before launching himself into some risky adventure. In earthy Capricorn, Mars is uncharacteristically patient and astute.

Mars moves quickly, and its influence is noticeable as a dynamic flavour of the day, depending on other planets it interacts with as it goes. On the day of the Full Moon in Leo, Mars and Venus will conjunct in Capricorn (right around Valentine’s Day). Those directly affected by this transit are in for a passionate time.

Mars in Capricorn is highly ambitious and full of ‘get-stuff-done’-energy. In this sign, Mars has a natural aura of authority. Capricorn is conscientious and diligent about backing up its claims with facts. But, it is also ambitious, and Mars has no qualms about getting into the ring.

Psychologically, Mars in Capricorn is an image of calculated risk-taking. Even under pressure, Mars maintains an unflappable attitude. His mental strength is heightened when he faces a challenge.

In this position, Mars uses strategy but plays by the rules. Nevertheless, he is ambitious and ready for a challenge or a gamble. Smart and well-deliberated investments pay off.

Psychologically, Mars’ objective here is to increase his sense of self-worth.

Mars in Capricorn is no sparkling socialite, but he has a sense of duty and responsibility, especially towards siblings and kin. Yet, this transit also holds the potential for sibling rivalry.

Psychologically, Capricorn in the third house is about maintaining social ties and traditions. Mars needs to validate his social role by taking responsibility for others. Besides, he likes to be in control. But siblings (especially younger ones) don’t usually appreciate being ‘taken care of’.

Mars in Capricorn is diligent regarding his family duties but may find it hard to express emotions appropriately. He can be so busy doing ‘the right thing’, and holding up the fort, that he neglects his own needs and wants.

Psychologically, Mars is eager to prove himself. He may take on jobs nobody else wants to do – hoping that will earn him the respect he feels he deserves.

In the fifth house, Mars typically looks for a challenge or pursuit. It could be romance, but it could just as well be a creative work. In fact, this transit provides excellent energy for creative endeavours, especially as Venus is also in Capricorn. Don’t waste the opportunity.

Psychologically, Mars is motivated by achievements. He wants his creative work to have some lasting impact that he can feel proud of.

Capricorn in the sixth can work like a horse and often goes beyond the call of duty. The danger is that others come to rely on the eager beaver. Mars accentuates this kind of set-up. Take care not to neglect your own health and well-being.

A Capricorn seventh house is not the most romantic set-up. Nevertheless, relationships are an important arena of social performance, watched and scrutinized by the eyes of others. When Mars passes through, it can create a buzz – what will the neighbours think?
In February, Mars and Venus will meet up in Capricorn. It likely will be a memorable and passionate time for those with Capricorn in the seventh house.

Psychologically, Mars tries to impress and outdo his rivals. But gallantry impresses more than wild posturing.

Capricorn in the eighth house is astute with assets and resources. They represent not only security, but also determine social status. When Mars marches in, tension heightens. Mars is assertive when it comes to staking a claim and will fight for what he thinks is due.

Psychologically, this transit can trigger a fear of losing something.

Capricorn in the ninth house travels for business – or to scale mountains. Mars loves a challenge, and mountaineering is certainly appealing. But, this transit can also signify academic ambition. Students with a Capricorn ninth house should make the most of this energy.

Psychologically, Mars transiting the ninth house indicates the need to test one’s limits with a challenging adventure or task.

When it comes to strategic planning, Capricorn gives Mars an edge: disciplined, laser-focused, and full of energy. Mars’ competitive energy drives Capricorn’s ambition. But, sometimes Mars can be prone to abusing his power. Others don’t appreciate him throwing his weight around.

Psychologically, above all, this transit signifies a need for acknowledgment. Mars wants to score status points, but ruthless conduct is unlikely to gain support. Think tactically.

Capricorn in the eleventh house is all about a framework for taking responsibility and getting social validation from a group of like-minded people. A Mars transits can indicate a flurry of activity, or possibly, also some conflict. It is never easy to reconcile clashing attitudes and achieve a balanced social consensus. And Mars is not known for diplomacy.

Psychologically, interest groups are great arenas for self-discovery. We discover ourselves in the image that is reflected back to us. We may not like what we see, but it is a great opportunity to learn and grow.

Capricorn in the twelfth house is not often associated with spiritual matters. But, strange as it may seem, this sign does have a spiritual side – it’s just a rather orthodox one. Capricorn is a traditionalist. Monastic life or a spiritual practice based on doctrine comes to mind. When Mars passes through, he stirs things up and may disturb the inner peace. An inner restlessness indicates readiness for growth. Sometimes that seems to happen out of the clear blue sky. But in truth, it usually starts within. We just project it onto others, who become the trigger for the inner processes.

Psychologically, Mars is stirring up matters that have long been stuffed ‘below stairs’ and forgotten. Something is reawakening these unconscious urges. They need to be acknowledged and dealt with – the soul wants to grow.