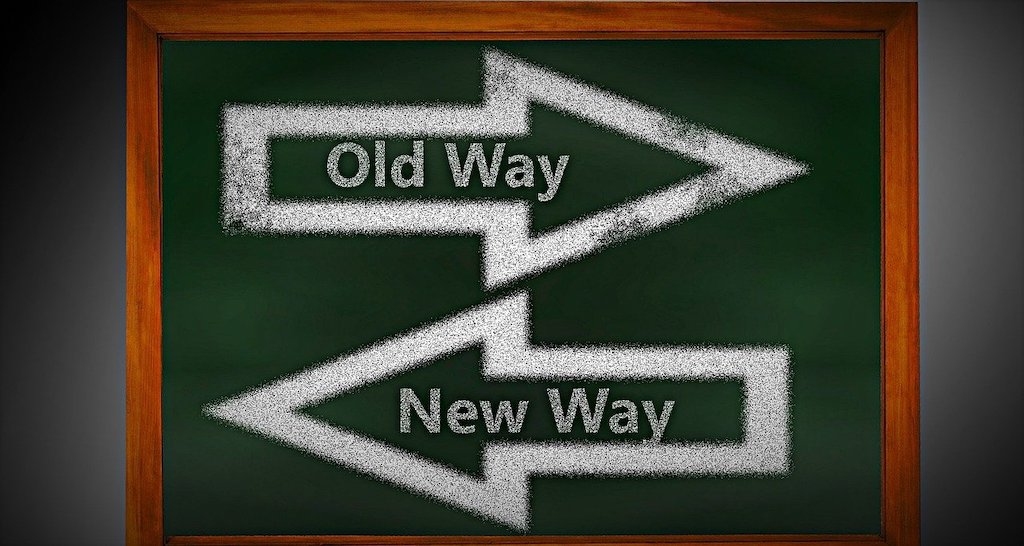 After a year of intense planetary aspects and new cycles set into motion, this Saturn square Uranus seems like a far less dramatic affair. Nevertheless, it is an aspect pattern that will accompany us throughout the year (there will be two further exact contacts this year: June 14 and December 24). Major aspects between the outer planets in global affairs are not just about single events, but rather, they color the Zeitgeist of the entire period and will leave their long-term marks. So let’s take a closer look at what we are actually dealing with.

First of all, it might be useful to recall the myths of these two planets as they are intricately and somewhat uncomfortably entwined. The story can be found here.

Saturn is the son of Uranus, so in mythical chronology, he is younger. Yet, it is Saturn who is usually depicted as an old man, representing the old, well-established social order’, the traditions, routines, and normed status quo.

Saturn is a God of Agriculture and as such, he is interested in the long term. He plans and plants for the future and knows that it will take hard work to achieve his goals. If he has fulfilled his duty and taken his husbandry responsibilities seriously, his reward will be plentiful. His children and children’s children will be well-fed and prosper. Saturn’s concern is not just for himself, but for the entire social system of which he is the head. He takes social responsibility very seriously.

However, all things in time must change and Saturn finds it hard to bend. He is not good at relinquishing control, knowing that his way has served him well for so long. He is afraid of the uncertainty that comes with younger, less experienced hands taking over the reign.  Yet, it is a cosmic law that change is the only constant.

Uranus, although the older God, represents the spirit of change. As the original ‘Sky Father’ he is in constant motion, unpredictable, and totally undomesticated. Uranus acts in a flash and never really cares about the long-term consequences of his deeds (as is obvious from the way he deals with his children). He acts on impulse and is often impatient, thriving on the energy of upheaval and the chaos that ensues. In that turbulent moment (which, as history amply illustrates, can be extremely violent and bloody) there is also a creative spark, which may or may not catch on. If it does, its effects can be transformative, and provide the seed of a new order.

This year brings us a waning square between Saturn and Uranus. So, what does that mean?

All planetary cycles start with a conjunction (0°) when two planets meet at the same degree of the zodiac. As they continue to move around the zodiac at their different speeds they will form a series of aspects until they eventually will complete the cycle with another conjunction.

Last year, we witnessed three such cycles culminating and starting anew. (Saturn/Pluto on January 12, Jupiter/ Pluto on April 05, June 30, and November 12; and Saturn/Jupiter on December 21)

The stress points of such a cycle are the squares and the opposition. At the waxing square, the cycle that has been set into motion encounters friction, which leads to greater self-awareness. Actions may be modified to mediate the potentially conflicting energies.

At the opposition point, it culminates. The planetary energies are now fully polarized and often manifest as opposing camps. From this point on it is important to navigate the waters of change most carefully. Now that polarized forces are at work, the adjustments and integration in response to external pressure can be far more problematic.

The waning square often has an air of disillusionment (the original ideal fails to live up to its aspirations). Consequently, discontent, rebellion, and alienation can spread.

Squares are quite active in that they force us to deal with an issue one way or another. Sitting on the sidelines just won’t do anymore.

The first contact highlights the issue – at this time we become aware of it, sometimes in a dramatic way. The second transit pass is the one that requires us to work out a solution. By the time the third phase comes around change should be on the way if whatever action we took earlier is working.

Of course, the current transits do not affect everybody and every nation equally. Such aspect patterns are most significant for those nations or individuals who experience them as direct transit hits to their natal horoscopes.

Review: the current cycle in history

The current Uranus/Saturn cycle started in 1988.

1988 was a seminal year in many ways – for example for the early internet: the first transatlantic cable was laid.

It was also the beginning of the end for the Soviet Union as we knew it then.

The break up of the Soviet Union resulted in a number of wars as various regions formerly united under the umbrella of the USSR now struggled for their independence. Of these, the Yugoslav wars were the bloodiest and longest lasting. They came to an end in 2001. As for computers – 1999/2000 was the year that the IT world was sweating over the millennium bug that was feared to mess up our digital world.

2008 was the year of the financial crisis which shook the world for the next couple of years – not least in the form of widespread civil unrest.

2009 Iceland experienced its own financial crisis. As regards the world of technology – bitcoins were invented and WikiLeaks released a bombshell of classified information in 2010.

Of course, a lot more happened in all these years and it would be interesting to trace each event and its development through time and place with the accompanying transits. But that would be far beyond the scope of this post.

Apart from the episodes of protests and riots that occur during these stressful Uranus /Saturn contacts, other recurring themes are disasters involving planes, dramatic explosions (like the Deepwater Horizon platform in 2010) as well as significant volcanic eruptions and/or strong earthquakes.

Of course, such events happen all the time. But some stand out, and many of those exceptional ones have coincided with the Saturn/Uranus cycle.

What can we expect?

In terms of global politics, we can expect civil unrest to intensify, especially, but not only, linked to the pandemic. Financial instability has also been a recurring theme, and chances are, that will also be on the cards. We are challenged to rethink our economy and the values it is built on. All this may sound dire, and no doubt some of it will be. Yet, this waning square will also provide opportunities to integrate the lessons learned from the past. The cycle will complete its turn in 2032. We still have time to change – even for the better!

As for personal Astrology, the fixed signs (Taurus, Leo, Scorpio, and Aquarius) are most likely to experience this transit in a personally significant way. But also, the people who were born during the year of the original conjunction or the earlier square or opposition are likely to feel the effect of this Saturn/Uranus square more acutely than others.