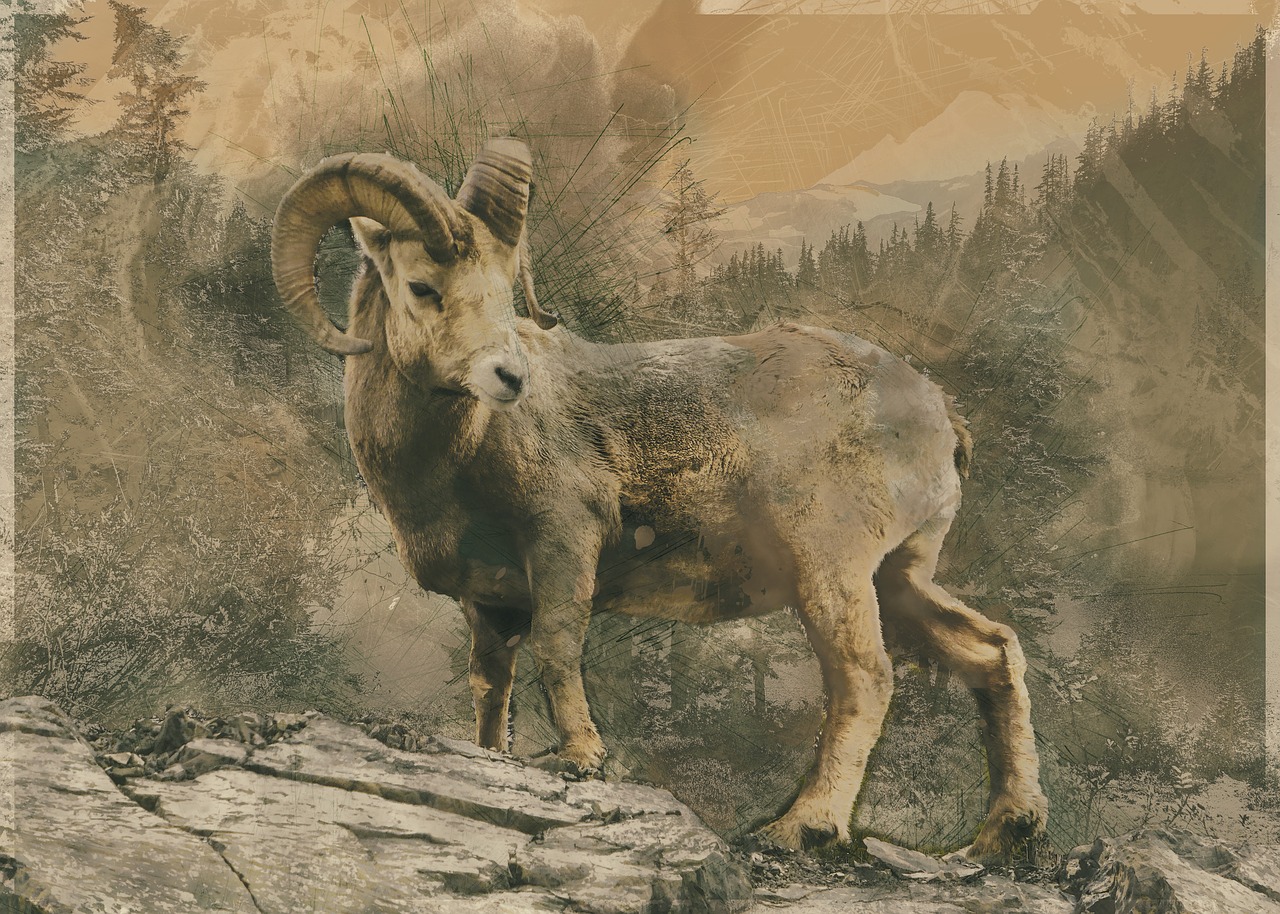 On the Winter Solstice, the Sun enters the sign of Capricorn, the goat-fish

Capricorn is a hardworking and ambitious sign, often going not one, but ten extra miles to reach their goals. But there is also another, more spiritual side to this sign, which is often forgotten.

The goat-fish in Greek mythology

Capricorn is depicted as a strange creature, a goat with a fishtail. According to Greek mythology, there once was a whole tribe of sea-goats that lived near the shore. They were intelligent beings with the unique ability to speak and think. They were able to make themselves at home both in the ocean and on land. However, the more time they spent on solid land, the more they lost their unique gifts and gradually turned into ordinary goats.

Pricus, the father of this tribe, was a wise old goat with some of the same attributes as Chronus, the God of time, who had created him.

His goat-fish children enjoyed exploring the shores. But as they spent more and more time on the land they forgot their origins and eventually even the ability to return to the sea.

Pricus was deeply saddened by the loss of his children. He even tried to turn back the time to bring them back to the sea. But eventually, he realized he could not keep them from following their hooves to new shores and exciting adventures. He had to let them go. Before long he found himself alone, the only sea-goat left in the ocean. Sad and lonely, he asked Chronus to let him die. But Pricus was immortal, so dying was not an option. But to relieve him of his loneliness Cronus placed him among the stars as the constellation of Capricorn.

The sign of Capricorn also relates to the story of the she-goat Amalthea. After Cronus had overthrown his father, Ouranus the Sky-God, and taken over the throne, the oracle had prophesized that he would one day suffer the same fate: in time, one of his children would usurp him. Mortified by the prophecy, Cronus made a cunning and cruel plan: he would swallow all his children as soon as they were born.

Thus, he ordered his wife, Rhea, to hand over the babies immediately after birth. Understandably, in time Rhea grew desperate and angry. When Zeus was born, she handed Cronus a stone wrapped in swaddling clothes instead of the Baby. Cronus swallowed it, swaddling clothes and all, without even bothering to look at it. Meanwhile, Rhea secretly sent the new-born off to be fostered by the she-goat Amalthea, on the Island of Crete.

Eventually, Zeus returned to the house of his birth and, as the oracle had prophesized, he overthrew Cronus. But that is another story and shall be told another time.

A much older myth tells the story of the Sumerian God Ea, ‘the God of the House of Water’, whose symbol is the goat-fish. In Hellenistic times, ‘Ea’ was known as ‘Oannes’, which in Greek became ‘Ioannes’. In Latin, ‘Ioannes’ is translated as ‘Johannes’ (Campbell, Occidental Mythology, 1964). We know this Johannes as John, the Baptist, who practiced baptism as a purification ritual and a rite of passage. To become immersed in the holy waters represents a symbolic crossing of the threshold between the world of matter and the spiritual dimension.

The symbol of the goat-fish serves as a reminder of our oceanic spiritual origins. As we move ever further onto the shore, and thus into the material world, it is easy to forget our spiritual source.

The archetype of Capricorn embodies both spirit and matter. But those born under this sign can lose sight of their spiritual source if they become too ambitious and preoccupied with the promise of material gain and prestige.

To develop their full potential, they need to consciously immerse themselves in the waters of life to find a fulfilling sense of meaning in their lives.

Capricorns are hardworking, determined, and ambitious. Put into the service of a larger cause, they can be a tremendous source of strength.

Higher octave: the dove, as a harbinger of the spirit