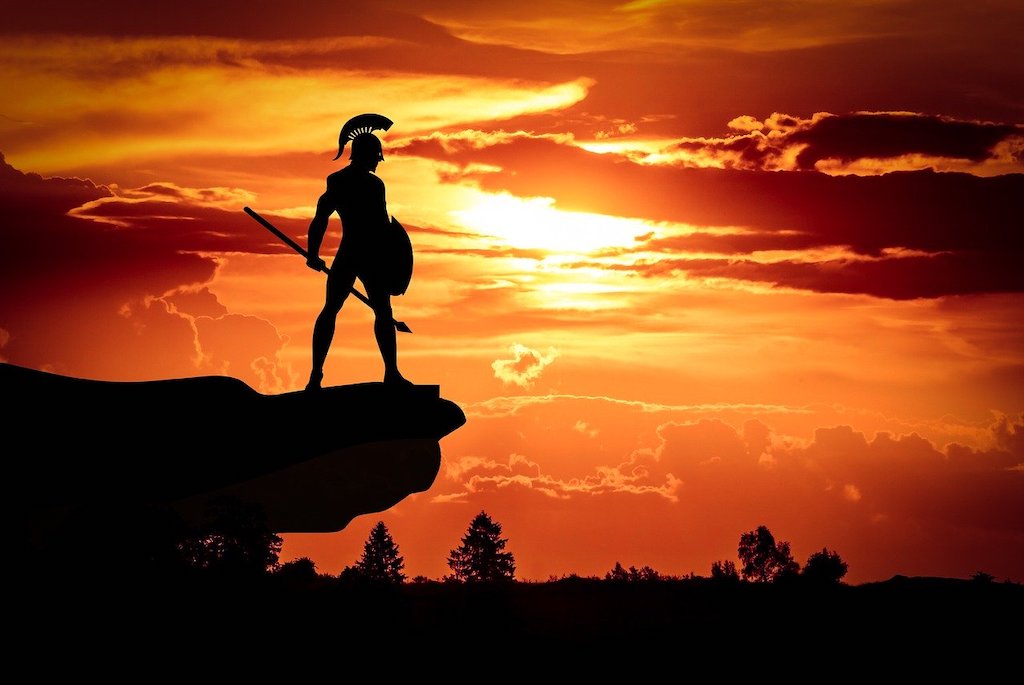 Mars is finally in Aries! He has managed to push his way around Neptune, made his way out of Pisces and has finally found his way home to Aries, his personal stomping ground. In Aries, his boundless energy is neither watered-down nor held back, nor is anybody nagging him. He can be his fiery self.

In Aries, Mars is in attack mode. He tackles any challenge he sets himself with fervour! The only problem is other people might feel bruised by his direct and sometimes pushy manner. Tactful, he is not. His wilfulness can get him into trouble. Not that he cares very much. He just brushes it off or blasts the opposition out of the water. But, not everybody cowers when Mars lets off steam. Some will stand their ground and blast back. Be prepared for quarrelsome times.

Mars in Aries is high octane and happiest when pursuing a goal or taking on a challenge that lets him show his mettle. He loves nothing better than to champion a cause.

If you can harness his energy for your chosen goal, Mars will be an inexhaustible source of support. So much so that he will tire you out. It is easy to overdo things during a Mars transit. We feel strong, brave and practically invincible, but everybody has a limit. The trouble is that you might misjudge that limit and extend yourself way beyond it. And that way lies the road to burnout.

When Mars forms squares or oppositions to a natal planet, tension and frustration are likely to come to a head. Mars is not very good at controlling anger. He is more likely to blow up out of the blue. Softer aspects are more likely to energize a particular life topic, depending on the house Mars is passing through.

In the world of politics, this transit is likely to create some waves, especially once Mars conjuncts Jupiter. Together, the two can swing the power balance – by force, if necessary. Mars only stays in Aries for about six weeks, but Jupiter will remain there until October and even comes back for more in December.

Mars adds a lot of extra oomph to whatever you are doing. Confidence is high, and so are courage and determination. Mars does not pay much attention to obstacles except to find a way to barge through them. But, that does not mean he is invincible. Mars transiting the first house can be a bit more accident-prone. Psychologically, Mars shows our motivation, and he tackles things head-on. When passing through the first house, Mars wants to be seen, and unless afflicted, he provides a strong sense of self-efficacy.

Whether pursuing a goal, championing a cause, or playing a competitive or entrepreneurial game, the spectrum of expression is extensive. No matter where Mars applies his energy, his fighting spirit and competitive edge are the same. In the second house, Mars can be a bit reckless, taking risks that are beyond his means. Psychologically, Mars always pushes the limit just to prove his worth. Sometimes he gets away with it, but at other times he does not.

Friends and Kin / Communications and learning (Mars in Aries, 3. House)

Mars is not a smooth-talker – although he can speak prolifically. Mars knows what he wants and is determined to get it – whether others agree, or not. Psychologically, Mars is self-righteous and intent on not just making his point, but on winning the argument.

Mars feels quite restricted and may get restless and irritable when transiting the fourth house. Family life could be more turbulent than usual. Doing some home improvements would be an excellent way to use this energy.

Psychologically, Mars can be defensive if his sensitive buttons are pushed. The extrovert demeanour could be covering up deep insecurities.

The fifth house is much more comfortable ground for Mars’ boisterous energy. This transit is a great time to explore something new – perhaps a creative challenge. Above all, it is a time to let your inner child out to play, but try not to be the bully in the playground. Psychologically, Mars believes in his abilities and is willing to push beyond his comfort zone. He has no problem trying something new. The trick is not to give up if you do not immediately succeed.

Mars in the 6th house can be a workaholic. Demand for your energy resources might increase at this time. Mars can handle a lot, but eventually, even he will be exhausted. Don’t overdo it. Burnout is not worth it. Psychologically, Mars wants to prove his abilities in any which way he can. But it is always the final straw that breaks the camel’s back. Instead of killing yourself with extra work, adopt a healthy exercise routine.

When Mars passes through the house of relationships, we can expect a few sparks to fly. This could be the passionate kind, but he could also be combative. Mars is out to get what he wants, one way or another, yet in a happy relationship, compromise is the key to making it work. Psychologically, Mars is competitive rather than cooperative. He is out to conquer.

There is always a delicate balance between ‘give and take’. But Mars passing through Aries may not be all that delicate about his dealings regarding common resources and how they should be shared or divided. Mars wants to pursue his goals without risking his own resources. Psychologically, Mars in the eighth house fears not being in control and holding the purse strings is a crucial aspect of being in control.

When passing through the 9th house, Mars is looking for an adventure. He loves a challenge and goes off to pursue whatever goal he has set himself. In the realm of the higher mind, Mars can be self-righteous and may feel a compulsive need to convince everybody else of their way of seeing things. Psychologically, Mars in Aries has one point of reference – himself. Thus, his thinking tends to be black and white, and he is usually quite vocal about it.

A Mars transit through the tenth house stirs ambition. This is a great time to pursue your dreams and charge ahead. Run with it! But remember that ‘leading’ and ‘dominating’ are different things. Psychologically, Mars knows what he wants and is out to get it. Confidence is a great boost, but make sure you can back it up.

Groups and the social sphere (Mars in Aries, 11. House)

The eleventh house is all about groups, networks and social identity. Aries is an individualist and prefers to do things his way. But he makes a very ardent champion for a cause. There could, however, be power struggles if other group members have their own ideas.

Mars in Aries is energetically the opposite of everything the twelfth house signifies. In the twelfth house, Mars is looking for a spiritual identity; something that lends meaning to his struggles and drives. He makes a great spiritual warrior if he directs his energy towards a transpersonal cause. Psychologically, Mars seeks meaning through sacrifice, such as devoting his energy to a charitable cause.