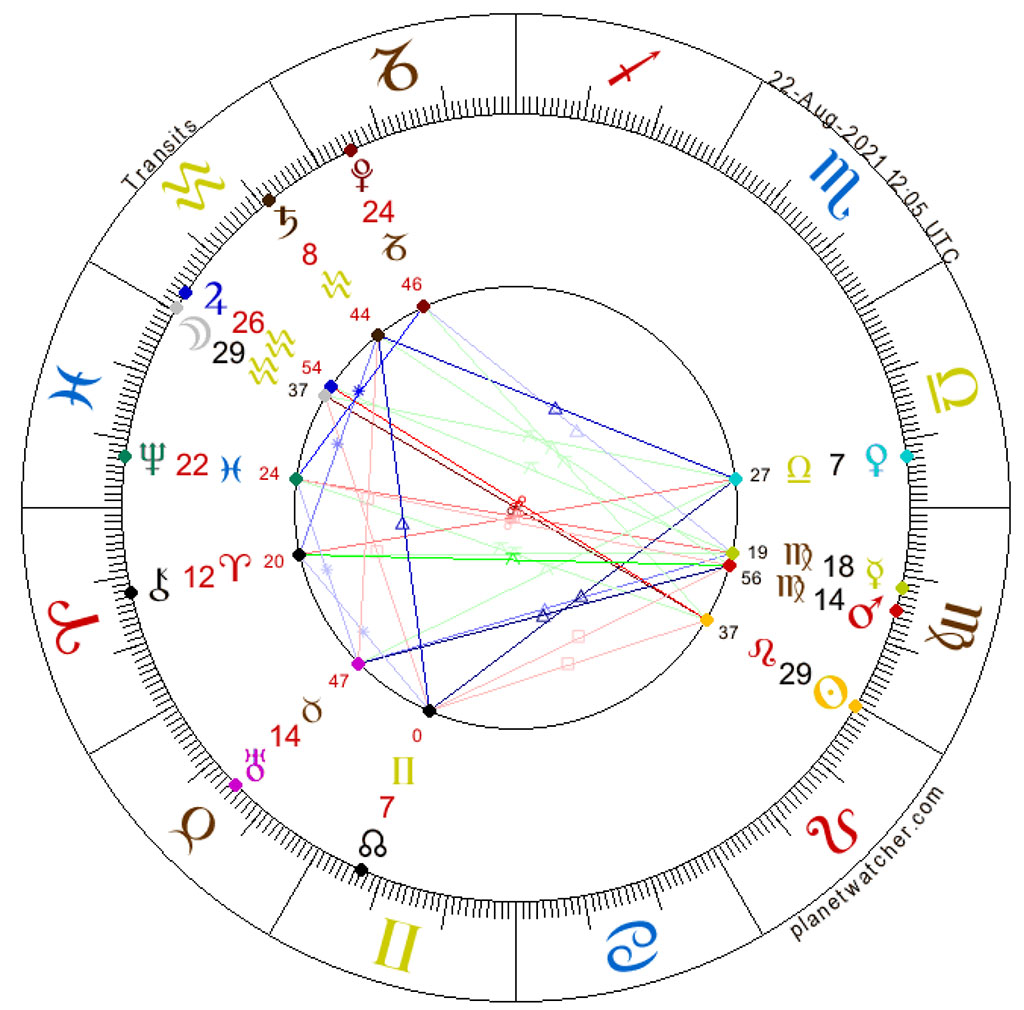 Full Moon in Aquarius (the second in this sign)

This year, we have the very unusual situation of witnessing two full moons in Aquarius. The Full Moon on July 24 took place in the very first degree of Aquarius, while this one takes place in the last degree of that sign.
Astronomically, 29° of Leo is marked by the fixed star Regulus, the heart of Leo. This ‘king star’ indicates a position of great power, particularly when it is occupied by the Sun. Regulus is a ‘guiding star’, denoting leadership and strategic advances. But ultimately, its power is waning as the Sun drifts ever closer towards the equinox point.

The Moon conjuncts retrograde Jupiter. Together, these two have their hopes pinned high. This idealistic combination expresses intellectual freedom, liberty and humanitarian values. But Jupiter’s retrograde motion indicates an inward focus. It is more about inner values rather than outward expansion. Reflecting from a higher perspective yet staying connected with the emotional dimension brings insight.

Saturn, Venus and the north node are forming a grand trine. These aspect patterns are generally considered ‘easy’, but in reality, it just means nothing stands in the way of the energy flow. The planets are working together towards the same end. Venus is in her own sign of Libra, which signifies balance and justice. Saturn is in Aquarius (which he co-rules with Uranus), symbolizing concentration, planning and execution. The north node implies a greater cause or a social goal. This configuration conveys the idea of justice being served.

Mercury and Mars are just separating from a conjunction in Virgo that took place on Aug. 19. This aspect is a bit tricky. It can be actionable, decisive and ‘cutting through the crap’, innovative and ready to get to work, especially when it comes to implementing a practical solution. But it can also be argumentative and bickering – looking for a verbal fight even if there is no cause.

Mercury also opposes Neptune, the planet of illusion. Seemingly insignificant arguments can suddenly grow out of proportion, creating mountains out of molehills. This is especially the case when egos clash over questions of leadership and direction.

Uranus trine Mars is prone to knee-jerk reactions. It might be necessary to act quickly, but it is easy to overshoot the mark. Potentially, this can be volatile and explosive, leading to regret, especially given that Mercury’s opposition to Neptune is tied into this theme.