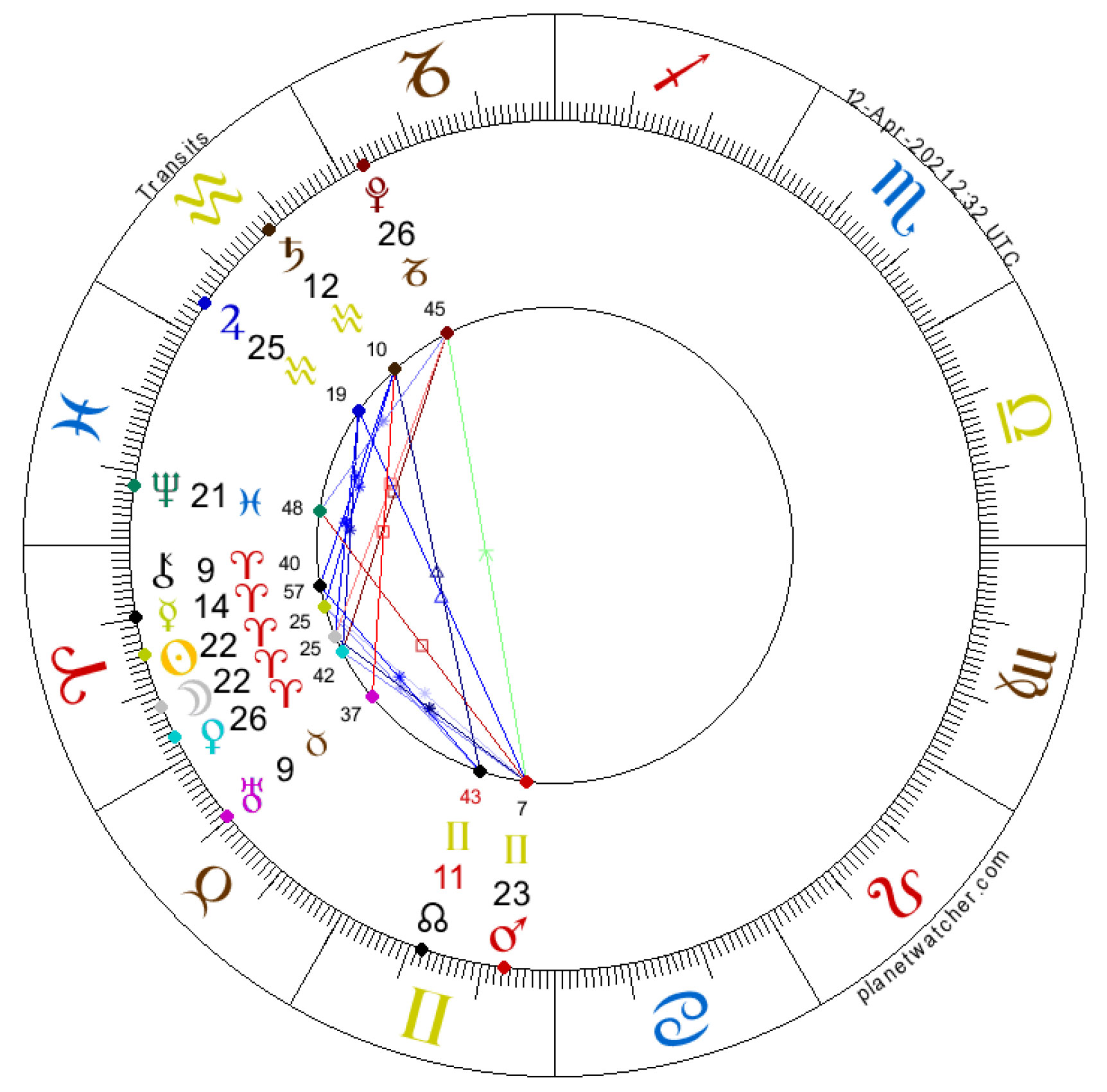 The New Moon in Aries is on fire. With the Sun, Moon, Venus, Mercury and Chiron all in the sign of the Ram(bo), boisterous energy abounds. Although there is little friction with other elements of the chart, this configuration is potentially explosive and needs to be handled with care.

These piping hot planets are bursting with passion and desire. This signifies a special kind of determinism that doesn’t take ‘no’ for an answer. For movers, shakers and creatives it’s a boon! Try to avoid steam-rolling those around you – they may not appreciate it, even if you are convinced it is for their own good.

Imagination sparks innovation. Neptune gives a nudge to those working on creative projects. But beware of ‘shiny objects’ (or any excuse) that may lead you off-course.

Mercury in Aries can be quite blunt when it comes to getting his point across. Conjunct Chiron, he is likely to put his finger right into the open sore.

The Chiron/Mercury conjunction is casting a sextile to Saturn in Aquarius (Chiron is a little less involved). Saturn will try to control Mercury’s outburst and contribute some rational arguments to the debate.

This aspect has been a key feature throughout the pandemic. It seems like we are heading for another milestone and the disruption will continue for a while longer. The good news is, the last exact semi-sextile will take place on May 3. With any luck, we should begin to move out of the woods thereafter. Not instantly, of course, as these planets slow movers, but steadily.

This New Moon is dominated by conjunctions, sextiles, and trines. The square between Venus and Pluto is the exception. It feels a bit treacherous. It suggests a struggle for women’s rights (Or, a woman’s fight for justice in the face of institutional oppression). For now, Venus has the upper hand as Jupiter supports her quest for self-determination.

This is a very fortunate configuration that gives cause for optimism, especially since Venus sits at the midpoint between Mars and Jupiter. The mood is cooperative. The aspect is certainly goal-oriented but non-competitive. Both Jupiter and Mars are in social signs that instinctively know they can achieve more together.

Any aspect involving Neptune is somewhat ambiguous. With Mars, it can indicate an energy drain. Neptune by his very nature dilutes, confuses, or fudges the facts. A deluge of information can be as confusing as no hard evidence at all. Neptune’s fanciful narratives sound seductive but may just be pipe dreams, or conspiracy theories.
On the other hand, Neptune’s idealism and imagination can be inspirational and a driver of activism. Never underestimate the power of someone who claims to ‘have a dream.’