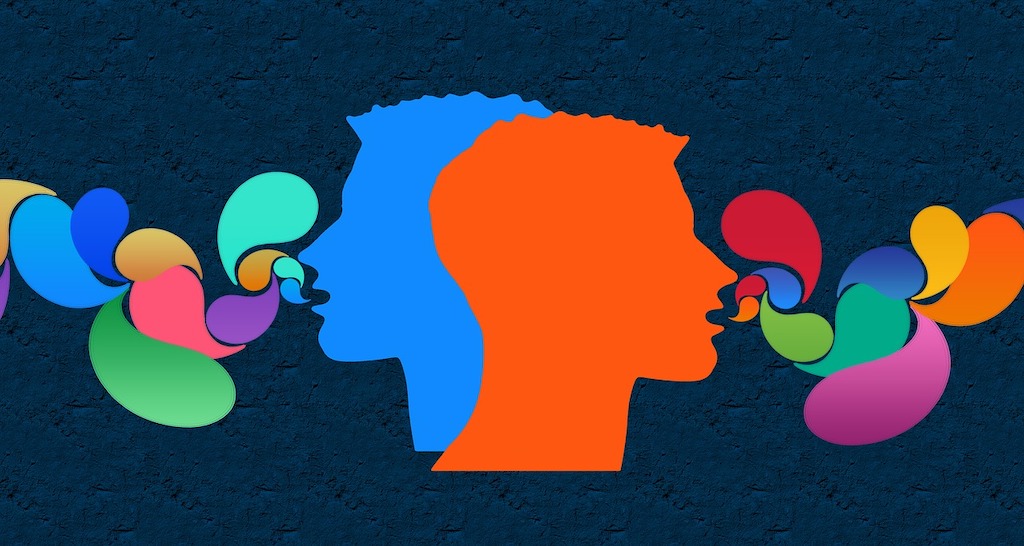 Now that Mars has trudged through earthy Taurus, a lighter, brighter, but potentially also more argumentative phase is upon us. Mars enters the airy sign of Gemini. In this sign, Mars is hard to pin down. Restless and fidgety, he needs to move and he wants to be social. His energy is high strung and under his influence, the mind gets little rest. Thoughts are racing like wildfire. It is a good time for brainstorming to generate new ideas. But the danger is that it is easy to overthink and fry the brain in the process.

Communication is at the top of the agenda. But as it is Mars we are dealing with, caution is advised. Mars in Gemini can be sharp with his words and unfortunately, he flings his verbal daggers before he even thinks. This can cause a lot of grief – one can never take words back once they are out in the wild. Even a thoughtless joke can be hurtful to someone else.

In situations where communication is already tense or stressful, there is a risk of escalation or constant bickering, of attacking someone verbally before trying to understand what they are saying. There is also the tendency of social competition and one-upmanship. Mars is competitive and if he feels insecure for any reason he is likely to lash out and demean others in order to raise his own self-esteem (in his own eyes, at least).

But on the positive side, Mars in Gemini can also be extremely funny and quick-witted. He is a joker (although his jokes can be like punches) and loves to nothing better than a party. But he can also be a reckless flirt and regard flirting almost as a kind of sport.

Mars transiting through the houses:

Mars transiting a Gemini first house is a time of great activity, especially in the social sphere. In Gemini, Mars wants to be heard, and he may be quite vocal about it. Diplomacy is not his forte.

In the second house, Mars in Gemini can’t hold on to money. However, he might use it as ‘gambling chips’ to bargain or to trade, rather than just spending it on gimmicks and games. But as he has a tendency to over-estimate his prowess, he might bite off more than he can chew.

A visit from Mars in the third house of siblings, friends and kin is likely to stir up a social whirlwind. But it can also fuel sibling rivalry and strife. On the intellectual level, it can indicate a sense of impatience and irritability. Mars in Gemini can easily get bored. Care is advised in matters of communication, and transportation.

Mars travelling through the fourth house energizes the domestic sphere. But it may be hard to actually ground it in anything practical.  Re-arranging the furniture or a spring cleaning attack might be a good way to channel the energy. If there are other planets in the fourth house there may be potential for domestic disputes.

In the fifth house Mars in Gemini is full of mischief. Playful, cheeky, flirtatious, creative and oodles of fun when playing with the kids. If there are other energies in the horoscope that can help focus this energy it could produce a fountain of ideas and enthusiastic planning of new creative projects.

When Mars travels through the sixth house, get ready for a busy time at work. This is the perfect transit for multitasking. If you have a lot on your plate, you’ll have plenty of energy to get things done. However, you be get irritated or impatient with your co-workers – maybe they are slower to understand a task or process. Pay extra attention to your health.

A Mars transit through the house of relationships can be challenging. If there is an underlying tension Mars may well aggravate it. Mars in Gemini is not terribly diplomatic or sensitive. Be careful with your words – you may regret them.

When Mars is travelling through the eighth house the focus is on shared resources as well as inner resourcefulness. Mars might bring conflict or competition into this department. There is a tendency to see fault in others. Negotiations can be stressful, but Mars is likely to assert his own interest.

A Mars transiting a Gemini ninth house loves mental stimulation – especially in the form of a good debate. In this house, Mars can be pretty adamant about his believes and eager to convince others. He is likely to lust for adventure and mental stimulation. Anything to keep his mind busy,  and practising its acrobatics.

In the tenth house, Mars is highly ambitious and determined to achieve whatever goal he has set himself.  Unfortunately, in Gemini, he is not always very well organised. It can also mean trouble with the boss or confusing mixed messaging.

When Mars transits the eleventh house it’s time for a team effort. Of course, Mars is likely to want to play the lead role. In this house, Mars can be a bit of a crusader. His Courage and bravado are fueled by the cheer-leaders. It is important to balance ego-interests with group interests and make the ego a servant to the cause.