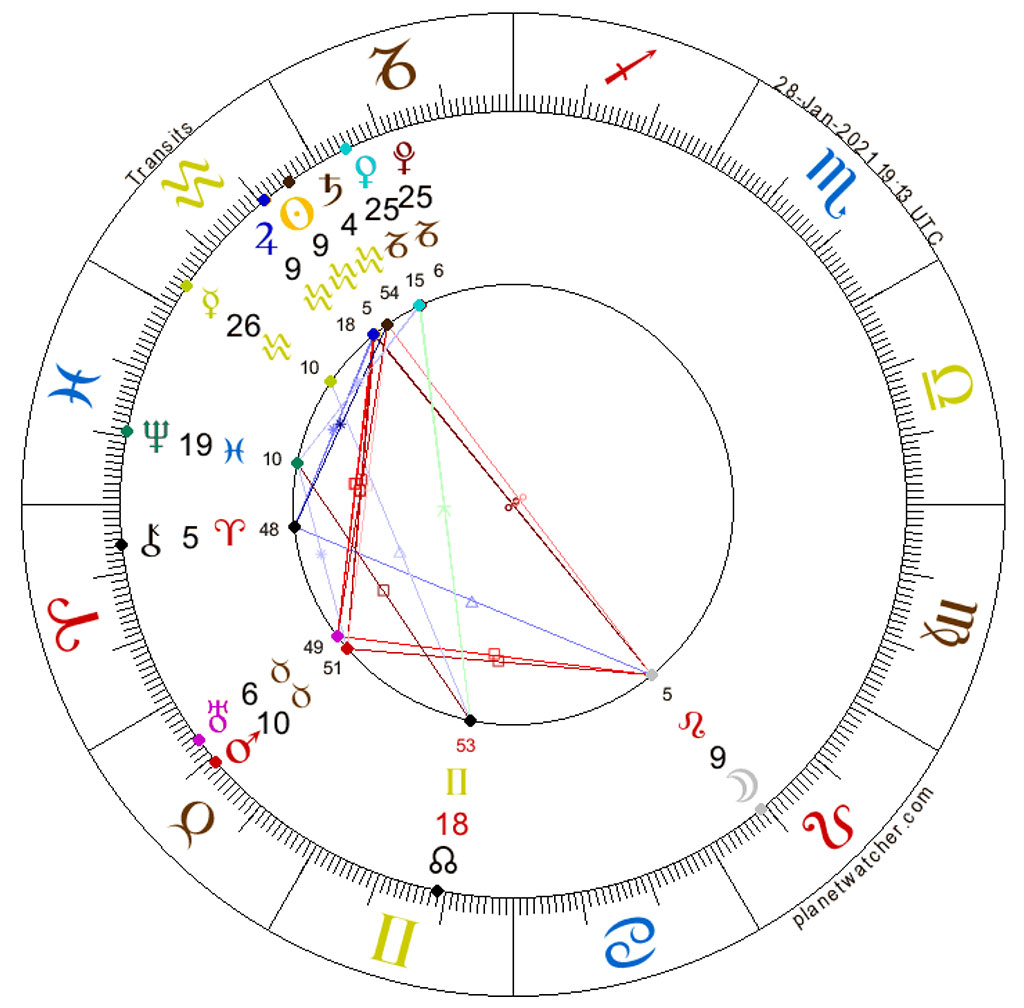 What to expect from the Full Moon in Leo?

This Full Moon in Leo is super energetic and signals big plans. The Sun in Aquarius is conjunct Jupiter, which is very auspicious and symbolizes generosity of spirit and an appetite for large-scale social projects designed for the common good.

A negative expression could indicate a conflict of interests due to conflicting worldviews and subsequent disagreement over solutions to common social issues. (More so as Saturn is still conjunct that Jupiter/Sun and Mars is squaring it.)

The Moon in Leo opposite infuses the conjunction with creativity and self-confidence.  However, if not handled well it can also signify a waste of resources and energy if the project is simply bombastic, rather than benevolent.

The Full Moon axis is squared by Mars in Taurus, now 4° past Uranus and lending its energy to the Sun/Jupiter project. There is a battle to be fought and Mars in Taurus is there to stand its ground, determined and steadfast.

Uranus is not far behind Mars, but its energy is mostly captured by the square to Saturn, and the sextile to Chiron. The conflicting energies between these planets create some tension. Reality is asserting itself, clashing with the revolutionary ideology.

Restrictions are never welcome but are water on the mill of die-hard rebels. Yet, the sextile to Chiron is a reminder that we are dealing with a question of health and healing – which may quite literally manifest as a question of life and death, in anyone’s life. The battle is between those who insist on their individual freedom and those who urge solidarity and social responsibility. In other words, it is a question of who is willing to curb their own freedom for the sake of the health and wellbeing of others in the name of the greater social good?

The Saturn/ Uranus square is still building up to its first exact contact. We will be hearing more of this as the year unfolds.

The nodal axis is separating from the square to Neptune, although it is still tight. The pain of disappointment and a sense of betrayal still lingers.

Venus in Capricorn is nothing if not correct. Venus in this sign embodies the very essence of adherence to social norms and formality. She is meticulous regarding the proper execution of rituals, procedures, and conventions. Joining Pluto, the combination takes on an obsessive quality. However, the duo is casting a semi-sextile to Mercury, which suggests powerfully persuasive rhetoric. How things will pan out may ultimately be decided by the Sun/Jupiter conjunction, which is close to the midpoint. It could signify a difficult conflict, especially where there are legal issues at stake. The question is, will mercy or justice ultimately prevail?

Aquarius, the visionary, has big ideas and plenty of confidence to pull them off. But make sure all the i’s are dotted and the t’s are crossed. A powerful authentic voice can work wonders. But don’t abuse this gift to manipulate others for personal gain. This is a good time to put big issues at the heart of your focus – dream big and bring people together for the common good.