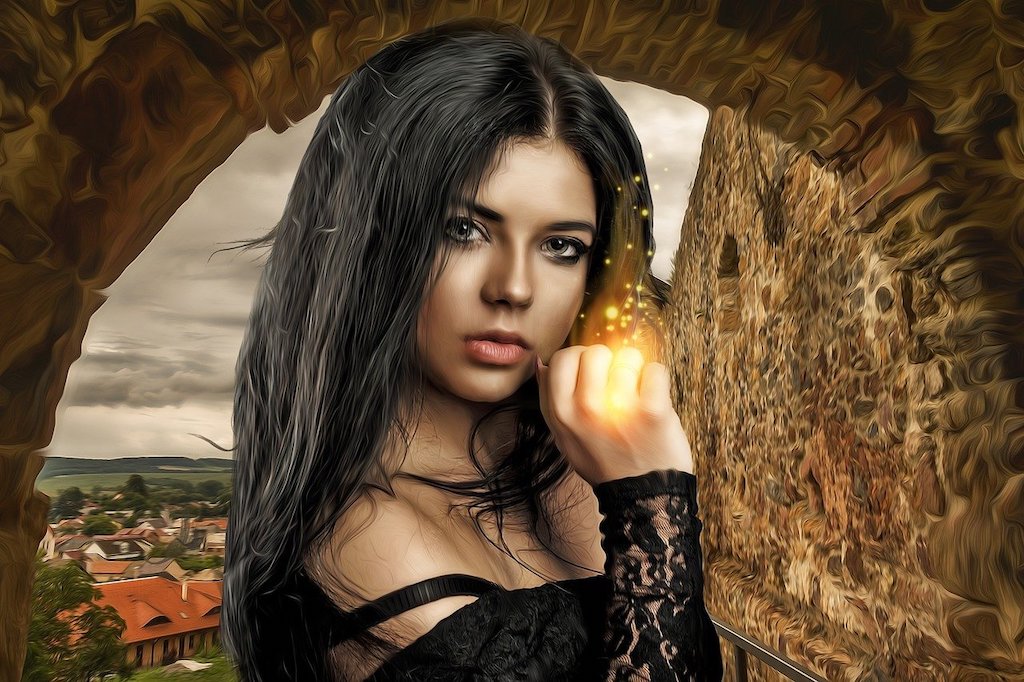 The Lady of Love ventures into that dark realm of Hades. In the underworld, Venus is not exactly in her element. In fact, Astrologers say that she is ‘in detriment’. Instinctively, one might assume that Venus has a natural affinity with the water signs. After all, isn’t love all about ‘feelings’? Certainly, there is no love without feelings. But there is more to it than that. Venus owns Libra, the scales – that shows that the foundation of love is relating, fairly, and the building of trust.

Venus in Scorpio can present with an overdose of feelings and that can be positively hazardous if untempered by reason.

Why? Because the feelings can get so intense that they are all-consuming. Whether it’s love or hate, Venus in Scorpio is passionate and uncompromising. Think of Medea, who killed her own children. It was the pain of betrayal that drove her insane, not vengeance. She could not bear the sight of them, reminding her of what she had lost when Jason left her. Jason had relied on Medea’s help during his adventure to bring back the Golden Fleece. But upon return, he had simply abandoned her and taken off with Glauce, the King’s daughter, in hope of gaining not just a wife, but a kingdom as well.

Medea was devastated, infuriated, and deeply pained. She simply could not bear the betrayal and was consumed by jealousy.

This is the dangerous side of Venus in Scorpio. She is not one to trifle with. If you win her heart you’d better take great care of it and treat her right, or you will regret that you ever met her. And yet, a Venus in Scorpio love can be the deepest, most intense, most passionate love one may ever know. It’s just not for the faint of heart. And – be prepared to bare your soul. Venus in Scorpio does not do things by halves.

As a transit, Venus in Scorpio adds a good dose of spice to the love life. The intensity may be uncomfortable for the more temperate types. Jealousy and suspicion may rise to the surface if your relationship is ‘on the rocks’. For others, the sizzle can may just manifest as heightened libido and a desire to play with fire.

When Venus moves into a Scorpio first house she exudes a particular kind of magnetism. It can be very powerful, and alluring, like the fire to the moth.

In this house, Venus is often extravagant, spending way beyond her means. But in Scorpio, that tendency is somewhat diminished, at least when it comes to spending her own money. This is a good transit for making a deal or to collaborate with others, for mutual benefit.

When Venus passes through the third house, think of those that are dear and near to you. This can be a good time to have deep sharing with those you care about. On the shady side, it can also mean secretive talks or meetings, or rumors that make you feel uneasy.

Venus visiting a Scorpio fourth house is likely to get very personal. Although generally, Venus here tends to bring harmony to the home, in Scorpio that peace must be tested before it can be trusted. Proceed with care.

Venus visits a Scorpio fifth house, you may experience a period of creative seclusion – a retreat! Make the most of the flow! With this aspect, only a hot lover will stand a chance to interrupt your concentration. It’d better be worth it!

In the house of service, Venus in Scorpio will do anything for those she feels loyal to. She is like the Phoenix who draws its own blood to feed her young.

The transit of Venus through a Scorpio eight house can potentially be troublesome. Suspicion, jealousy, rumors and manipulation may potentially poison the atmosphere. Clear the air but avoid blaming and manipulating each other.

When Venus makes her way through a Scorpio eigth house it is a good time to dig deep – you may just lift the treasure! Inner resources are waiting to be discovered. You may find that you are a lot ‘richer’ than you thought you were.

Venus passing through the ninth house beckons for a passionate get-away. However, under the circumstances, it may be difficult to heed the call. However, Venus in this sign is nothing if not resourceful, so she will find a way to indulge her passion, even if only virtually at this time.

When Venus passes through a Scorpio tenth house it is a good time to reach out to people. Collaboration could suit your overall or long-term goals.

Venus is a sociable planet, and even more so when she passes through the eleventh house. In Scorpio, certain group dynamics  could either manifest as close encounters or as game playing and manipulation.

When Venus passes through a Scorpio twelfth house the best way to handle this is to be there for others. They may need you. Mindfulness exercises may be helpful.