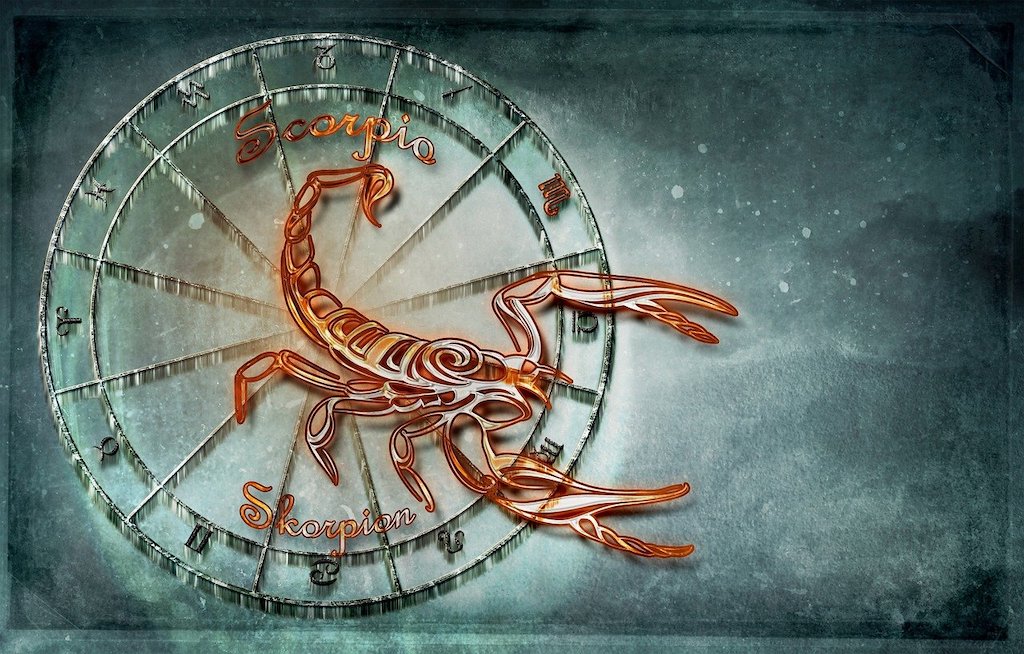 Oops! That was supposed to be a secret! Scorpios are unlikely to let the cat out of the bag when it comes to their birthdays.

Secretive, intense, enigmatic – they seem to cultivate that mystique. It is incredibly mesmerizing, but also a little scary. You never totally know what’s going on at the bottom of that Scorpio’s mind. And that uncertainty puts other signs on edge. Scorpio is probably the most feared sign of the zodiac. But why are they so secretive?

Scorpio is incredibly sensitive, deep down. To protect that sacred inner space they have learned to put up defenses. One way to not get hurt is to not open up. But in order to go through their process of transformation, the secretive, suspicious Pokerface Scorpio has to learn to trust in order to truly become intimate with another – which is what they long for – and most fear.

5000 years ago, the Sun’s passage through Scorpio came at the time of the autumn equinox. Due to the precession of the equinoxes, the autumn equinox is now marked by Libra. But back then, Scorpio signaled the waning power of the Sun – and ultimately, it’s death.

The brightest star in its constellation is the red glowing Antares, which was seen as the Rival of Ares (Mars), who traditionally rules Scorpio. Modern astrologers consider Pluto to be its other ruler.

In mythology, the scorpion is associated with revenge, or more accurately, with vengeance, in the name of the Earth Mother Gaia. One fine day, Orion, the hunter, who was not a meek kind of guy, stupidly boasted that he could kill all the animals of the earth. Of course, Gaia, the Earth-Mother was enraged by such a preposterous claim and sent the scorpion after him to avenge her. The scorpion, utterly loyal to the Earth Mother, duly went and stung the hero in the heel. We can bear witness to the drama by observing the night sky: “as the scorpion ascends on the eastern horizon, Orion dies and sets in the west.”(Cornelius, 1996)

But Asclepius, the God of Healing, came to the hero’s rescue. He resurrected Orion and killed the scorpion underfoot.

The story conveys a moral lesson about the arrogance of man, who is at the mercy of even the Earth Mother’s most lowly creatures. Only by virtue and grace of the healing arts, a gift of the Gods, can the arrogant hero be redeemed.

Scorpion and Orion are caught in an eternal cycle, neither is getting the upper hand – death and resurrection in a cycle of eternal return.

The other myth associated with Scorpio is the story of Pluto, Lord of the Underworld, and Demeter’s daughter Persephone. One day, Persephone was out playing with some of her maids. All of a sudden she disappeared and no-one knew where she had gone. her mother Demeter was beside herself with sorrow and demanded to know what had happened to her daughter. She was so aggrieved that threatened to withdraw her life-giving powers and let the earth wither and die. Eventually, Jupiter who alone had an inkling of where she might have gone, summoned Mercury and sent him down to the underworld and have a word with Pluto. He ruled that Pluto must let her go – as long as she had not partaken of any food in the underworld.

Pluto is not only very dark and mysterious but also pretty sneaky. He is in possession of a cap of invisibility that makes its wearer invisible. With the help of this cap, he had snuck up on Persephone and kidnapped her. Unseen, he returned to the Underworld and bid her become his wife.

When Mercury turned up Pluto was not all that pleased! But he had to yield to Jupiter and let his bride go. But, since Persephone had eaten 6 pomegranate seeds it was ruled that she had to return to the Underworld for 6 months of the year. When Persephone returned and joined Demeter once more, life rejoiced and the land turned green once more But every year, when the time comes for her to join Pluto in the Underworld, Demeter grieves and the land withers.

This myth is all about death, transformation, and rebirth – also attributes of Scorpio, who is in touch with this power instinctually and experiences it in their own lives as they often seem to venture down into their personal underworld, only to rise again, renewed.

Scorpio is tremendously resilient, even if they don’t always adapt easily. Their determination and willpower see them through the most difficult times.