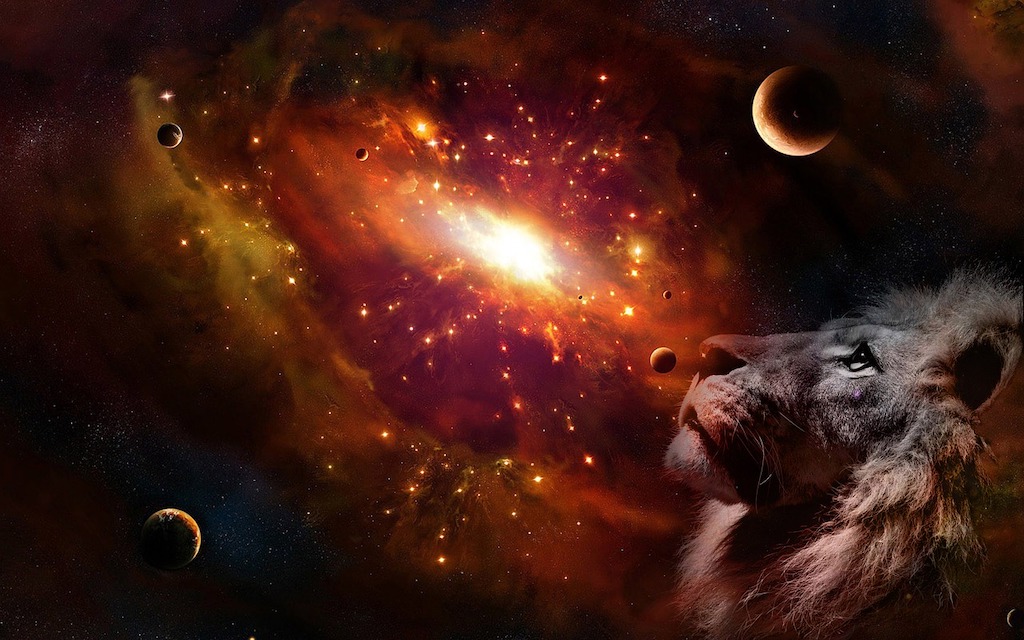 Let’s celebrate Leo! Nowhere is the Sun happier than in the sign of Leo, its own natural domain. Leo, the regal lion is the natural ‘totem animal’ of the Sun King and ruler of the heavens. This association between the Sun, the lion, and the status of royalty is ancient. It goes back far beyond ancient Greece, to Babylonian times.

In Greek mythology, the zodiac sign of Leo is associated with the first of Hercules’ labors. Hercules is a hero figure and each of his 12 tasks corresponds to the unique qualities and challenges of the twelve signs of the Zodiac. His first task was to defeat a monstrous lion who lived in a cave near Nemea. The lion terrorized the neighborhood and people lived in fear. He kidnapped young girls as a lure for young heroes, who naturally wanted to rescue the maidens in distress. Once in the lion’s lair, the monster overcame and killed the young men. The lion was thought to be invincible since his fur coat was impervious to weapons made of metal, or stone.

Hercules was aware of this and realized that the only way to defeat the frightful creature would be to wrestle it with his bare arms. No mean feat. It took bravery as well as almost superhuman strength to overcome the frightful beast.

Hercules struggled and even lost a finger, but managed to grab the lion’s head in a chokehold. Arching it back he choked the lion to death. As proof of his feat he wanted to the lion’s skin and head. But since he could not use a normal knife to cut it, he used the lion’s own claws. The lion’s coat and head became Hercules’ impenetrable armor. To commemorate the heroic act, Zeus placed the lion into the heavens as the constellation of Leo

Psychologically, the super-lion represents a power-hungry and selfish Ego that can only be overcome by the strength of will. No other instruments will tame it! But once it is overcome its magical qualities will serve the hero, who himself becomes invincible. This first of the Herculean tasks is a classic hero’s call to adventure. Hercules has to overcome his fear and inertia (he could have just stayed at home doing nothing) and focus his will on success. Lions are like that, once they set their mind to a task they are in it to succeed. Their will power is legendary. But a lion’s ego that does not serve the will (the higher consciousness) can easily turn into a tyrant, compulsively indulging his lower instincts and desires.

Understanding and integrating the power of the will to achieve one’s goals is the first lesson of the hero. Leo instinctively knows that they are born for greatness, but they too need to control their ego instincts, and not give into self-indulgence. As the hero takes on the attributes of the lion (his coat), the lion becomes an aspect of the hero and protects him during all of his magical adventures.