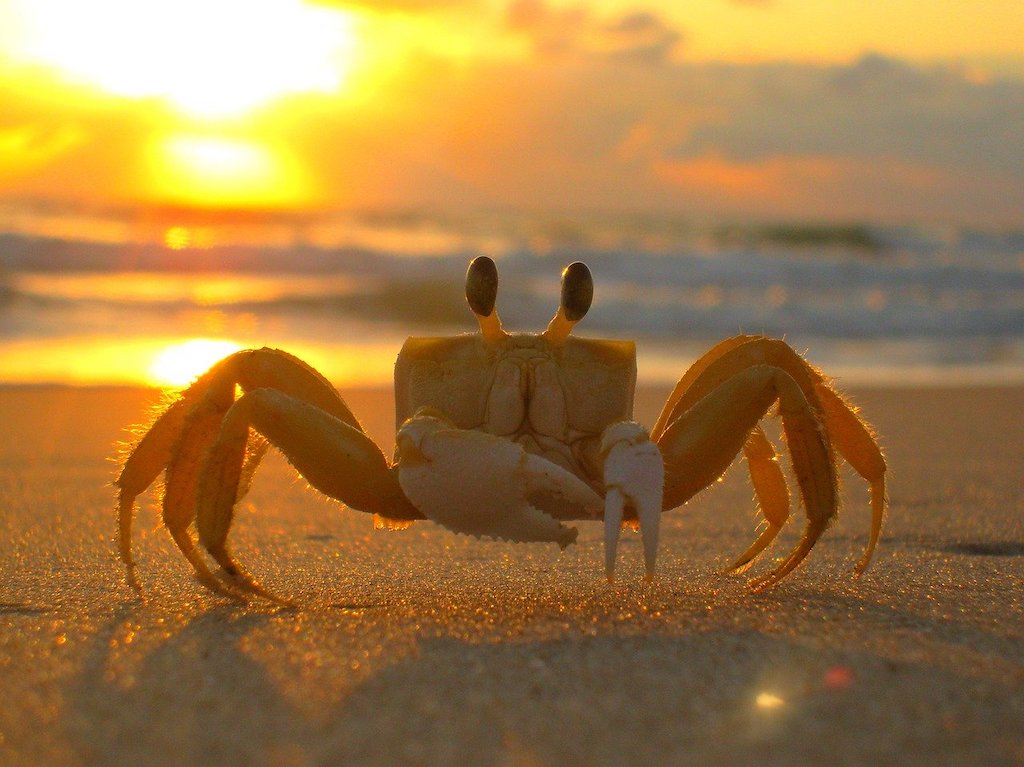 The constellation of the Crab may be inconspicuous in the heavens, but none is more significant! The Sun enters Cancer on the Summer-Solstice, the longest day of the year, and the turning point of the seasons. This pivotal point in time is of major significance to all cultures.

The 12 days of the Summer Solstice are a magical interlude when the veils between the worlds are thin and spirits can easily pass between the two spheres. This imagery dates back to Babylonian times. In their ancient mythology Cancer represented the gateway through which souls must pass on their way to reincarnation.

The sign of cancer is closely associated with the primordial sea. The ocean is the life-giving womb from which all life once came. Its ebb and flow reflect the rhythm of life, which is created by the waxing and waning of the Moon. The Moon rules Cancer and its principles are regeneration, reflection, and change. Like the sea, it is in constant motion, always shifting, adapting, and changing, always reflecting the light. Yet, below the surface, it is quite mysterious. Even the crab itself often does not know. She just expresses the currents as they pass through.  She has no need to intellectualize or explain these fluctuations.

The crab lives on the water’s edge. She is at home, both on the shore and in the waters. She carries her protective shell and quickly vanishes from sight if she senses danger. The crab may have a hard outer shell but is extremely sensitive and vulnerable. She does not trust easily and has her defenses up much of the time and they come in various forms:  from snippiness to taking a passive-aggressive stand, to simply withdrawing all emotional engagement.

But once the crab’s trust has been earned she does not let go and expects total loyalty in return. The crab will readily sacrifice herself for those she loves, and that is what gained her the place among the stars: It was Jupiter’s jealous wife Hera’s way to honor the crab’s loyalty. When she appealed to all in the vicinity to help obstruct Heracles efforts to overcome the 9-headed serpent monster Hydra it was the tiny crab that pinched the hero in the toes as he was fighting the monster. The hero barely noticed and crushed her underfoot. in the end, Heracles won the battle against the Hydra, but Hera was so touched by the Crab’s martyrdom that she immortalized her as a heavenly constellation.