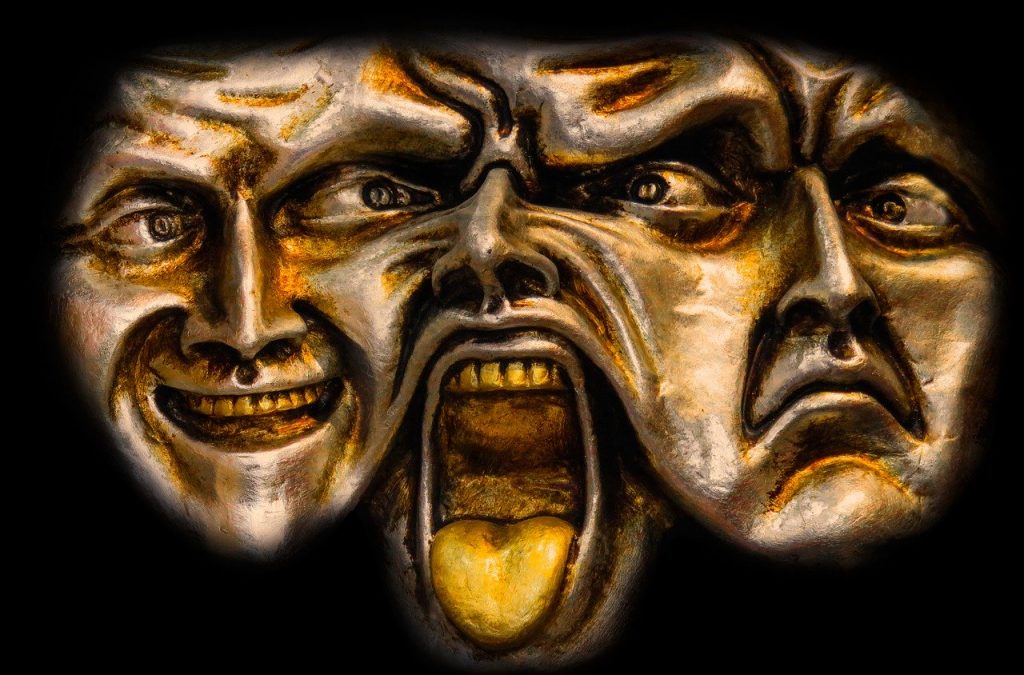 Fiery Mars is moving into watery Pisces. Expect a lot of steam, foam, and frothing at the mouth. Pisces is not a very comfortable sign for Mars. It dissipates his energy. Pisces is so boundless and often in two minds about things that Mars here cannot be effective in pursuing anything in his usual direct, go-getting manner.

Instead of ‘attacking’ whatever challenges present themselves, he is more likely to play the victim role, in a passive-aggressive sort of way. If he can’t be the shining hero he at least wants to be the martyr. He is good at putting guilt trips on others. Zealous religious fanatics often have this kind of placement.

In the worst-case scenario Mars in Pisces can have a tendency for self-abuse; alcohol drugs and other forms of auto-aggression are ways of venting anger and frustration but directing that energy inward, instead of directing it at or changing the causes of those negative emotions.

That all sounds very glum. Is there nothing positive?

Well, maybe. Mars in Pisces can be extremely sensitive, compassionate, and gentle if he feels safe to express that side of his nature. If he can’t, it is more likely to come out as cynicism. It is the expression of a hurt romantic or idealist. The naked truth can be so ruthless and harsh. Mars in Pisces feels that pain and feels called upon to redeem it. This kind of placement is generally more difficult for men than for women, due to the gender stereotypes that still prevail. However, occasionally women who are not comfortable with expressing their Mars nature can have a tendency to project/attract this kind of man into their lives.

Mars in Pisces can also be quite a wild character, drawn to experiment with some utterly crazy shit, just because he feels he needs to prove himself, in some way. Self-doubt or a lack of confidence can lead to overcompensation.

During this transit, Mars in Pisces can also be driven to let his artistic side come out. It can also be a good time for psychotherapy, spiritual healing, or for gaining spiritual insight, e.g. through clairvoyance, astrology, or tarot readings.

That depends on which section of your natal horoscope it is moving through and what kind of aspects it will make along the way to other planets in your horoscope.

Any time Mars crosses our ascendant and passes through the first house, your energy level, and excitability perk up. However, when passing through a Pisces 1. House the extra energy might be experienced as irritability and restlessness, or a sudden inexplicable flight of fancy. Be extra careful as it may also make you more prone to accidents.

When moving through a Pisces 2nd house Mars can be very charitable, fighting for the welfare of others. However, he can also be prone to financial misadventures and gambles that seem ill-advised. Money has a tendency to run through his fingers like water.

When Mars is moving through this section of the horoscope he is bound to make things a bit more lively. This can be a charitable and devoted time if the social context provides such opportunities. However, it could also indicate a time of unfettered self-indulgence as Mars seeks to probe the limits of the Piscean sphere, – which is, however, as boundless as the ocean.

This is a classic placement for a self-sacrificing parent, doing everything humanely possible and beyond, to care for the family and children. But it can also indicate a need to escape the pressures of family life. It is certainly a lively time, but in the most toxic settings, it can also manifest as domestic abuse.

When Mars passes through this part of the horoscope you may feel like you need to work especially hard to catch up or to make up for the lost time. You have extra energy to do this now but beware of burn-out. Don’t over-do it. Sometimes forgiving yourself for not being superhuman is a better way to preserve your sanity and self-esteem than trying to prove that you are superhuman.

When Mars passes through this house it energizes the romantic realm. Mars in Pisces can be TERRIBLY romantic. (Get the bucket ready!) Mars in Pisces is very emotional and prone to get taken by a fleeting fancy. If Mars is passing through this sector of the natal horoscope you are likely to feel more flirtatious and bold than usual.

Under normal circumstances, Mars passing through this section of the horoscope could mean a romantic escape, or a special kind of quest – maybe following the footsteps of a favorite writer, or looking for film locations, or even going on a pilgrimage. Luckily, Pisces has a great imagination, so armchair travel is also appealing.

When Mars is passing through this section of your horoscope, use the power of empathy to gain support, instead of being defensive or looking for someone or something to blame. A great leader inspires and supports their team and brings out the best in everybody around them.