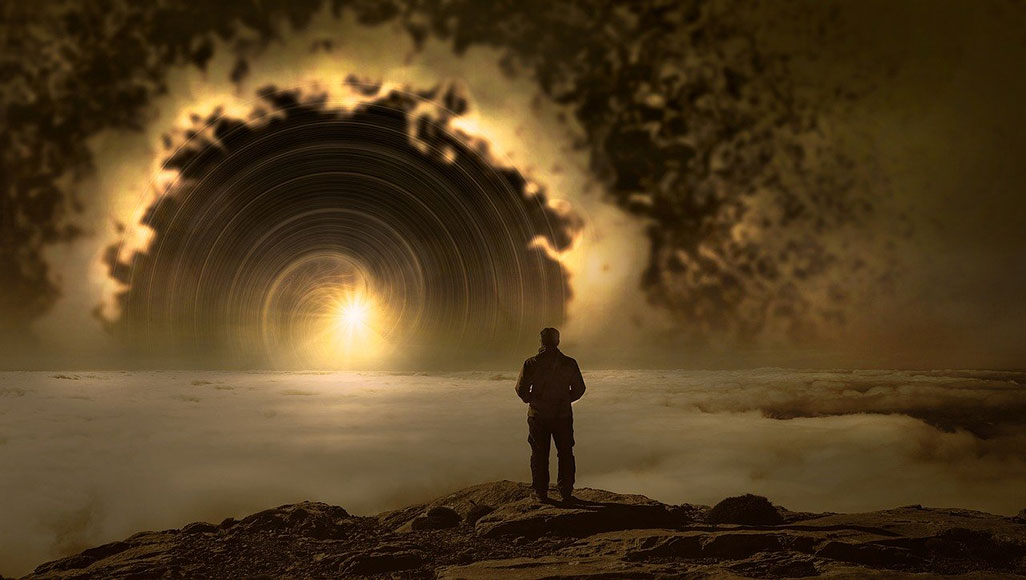 Finally! After a seemingly endless time in Capricorn (since 2017) Saturn is moving into Aquarius, his other domain. He shares rulership of this sign with Uranus, which at first sight, seems utterly incompatible. That is, until you understand the dynamics of the Saturn/Uranus relationship, especially as regards the social order.

Uranus is the planet of reform, revolution, of shocking upheaval that turns everything on its head or, any kind of unforeseen disruption. Saturn represents the opposite: order, structure, conformity, social norms, goal setting, achievement, status.

So, how are the two related?

Uranus is one of the old gods. In Greek mythology, he represents the sky father. He has fathered a bunch of children with Gaia but was unwilling to take responsibility for them. Instead, he locked them up in Tartarus, the Ancient Greek version of hell.

Eventually, Gaia grew angry at this tyranny. She hatched a radical plan: she made a great flint-bladed sickle and asked her children to castrate Uranus the next time he would visit upon her.

But only the youngest child, Cronus, was brave enough to perform the ugly deed. Cronus envied his father’s power and had ambitions of his own. When Uranus next visited his wife, Cronus ambushed him, cut off his genitals and cast them into the sea.

Cronus and his older sister, Rhea, now took the throne. Their period of rulership was an era of order and stability, marked by moral propriety, diligent work and lack of wrong-doings. In Greek mythology, this era is referred to as ‘the Golden Age’.

But the oracle had foretold that in time, Cronus himself was going to be overthrown by one of his own children. He was mortified by this prediction. His solution to the threat was to devour his children.

Understandably, Rhea was not happy about this. By the time Zeus was born she decided to hide him in order to keep him safe. In his stead, she gave Cronus a rock wrapped in swaddling clothes. Believing it was the baby, Cronus swallowed it. Meanwhile, Rhea sent Zeus off to Crete to be reared by the she-goat Amalthea

Eventually, Zeus returned and indeed overthrew his father and liberated his siblings. Zeus took his place and established the Olympian rule.

Uranus, the sky god, has plenty of off-spring, but he does not want to deal with the reality of their independent existence.

Astrologically, this is very much how Uranus operates. He has all kinds of ideas, many of them revolutionary, but when they meet the reality test, they very often take on the same features of oppression they are meant to overthrow.

Saturn in Aquarius, on the other hand, is much more practical when it comes to reforms. He does not simply throw things up in the air and waits to see which way the cookie crumbles. He lays out a philosophy and a plan of action. Under Saturn in Aquarius true reforms can be achieved, although doubtless, for many they will not go far enough.

In order to enforce his vision, he can sometimes be rather dogmatic, for fear of usurpation. If that is the case, the liberator becomes the oppressor who can not tolerate a challenge to his own authority, nor accept those who think differently.

As always, there is a scale, a spectrum of expression, depending on the situation and level of reality. Saturn in Aquarius has a different meaning on the social level than it does on the personal or psychological level.

However, one thing is clear: the winds of change are blowing in. This period of Saturn’s sojourn in Aquarius will bring changes in the social order. But, don’t get too excited just yet – for the moment Saturn is only dipping his foot into Aquarius until May 11th, before going retrograde and back-tracking into Capricorn to finish off business there. He turns direct again on September 29, doesn’t enter Aquarius for good until December 18.

So, for the moment all we can do is to observe closely what this short toe-dip will be all about. That will give us an idea of what to get ready for when he strikes again, next year.

What is clear, however, is that individuals with an emphasis on planet placements in fixed signs will experience Saturnian challenges. Aquarius, Taurus, Leo, and Scorpio – watch out!

Saturn in this part of the horoscope rarely comes as a box of gift-wrapped fun. Rather, it is a time when it may be more difficult than usual to go confidently into the world. On the other hand, this could also be a time re-examining one’s constructs about the world, of repositioning and ultimately of making a reality adjustment so that inner and out realities become better aligned. That could mean letting go or giving up something (or some attitude) that was meaningful in the past but now becomes a hindrance.

Saturn in Aquarius is not a great spender. But he may well invest in what he values most. That could mean aligning your spending habits so that they match your values: putting your money where the mouth is. When Saturn in Aquarius highlights this section of the chart inner values are of material importance! Sometimes it also manifests as financial hardship.

In this section of the chart, Saturn is more interested in making acquaintances via some kind of social cause of movement, than by hanging out at the bar. He enjoys intellectual stimulation and will be very precise and dissecting when it comes to digesting it. It can manifest as physical or emotional distance from siblings.

Saturn in Aquarius is not the most comforting placement for a loving home. Saturn is often a bit aloof and not particularly affectionate. There can be a sense of confinement or loss of freedom. A romantic placement it is not. Or, sometimes the absence or loss of a parent.

When Saturn moves through this section of the chart it means one of two things: commitment, or loneliness. With Aquarius’ great need for freedom and independence, a committed relationship is not easy to achieve. But if both partners respect each other’s individuality and give each other plenty of space, this can work. Friendship here is of greater importance than romantic love.

Saturn in this section of the chart is more of an armchair traveler than an explorer. Although, he might enjoy a group study trip that joins the participants by a common interest. He could also be interested in self-improvement holidays – something that has a more lasting value than the fleeting pleasure baking on a beach somewhere.

When Saturn transits through this section of the horoscope, it harbours a time of harvest and public recognition – if Saturn’s past lessons have been learnt, that is. It can also be a time of social demise if those lessons have been wasted. This is a time to pause and take stock of your goals, commitments, and achievements. If necessary, now is a good time to realign them with your values. Even if you are crowned with success, it is worthwhile remembering that this, too, is just a stage. Every completion is also a new beginning. If you have reached the peak, it may be time to evaluate what is next. Goals and ambitions change at different stages of the life-span. For Saturn in Aquarius, that means goals must not only aim at personal glory but should also benefit the greater good, in some way.