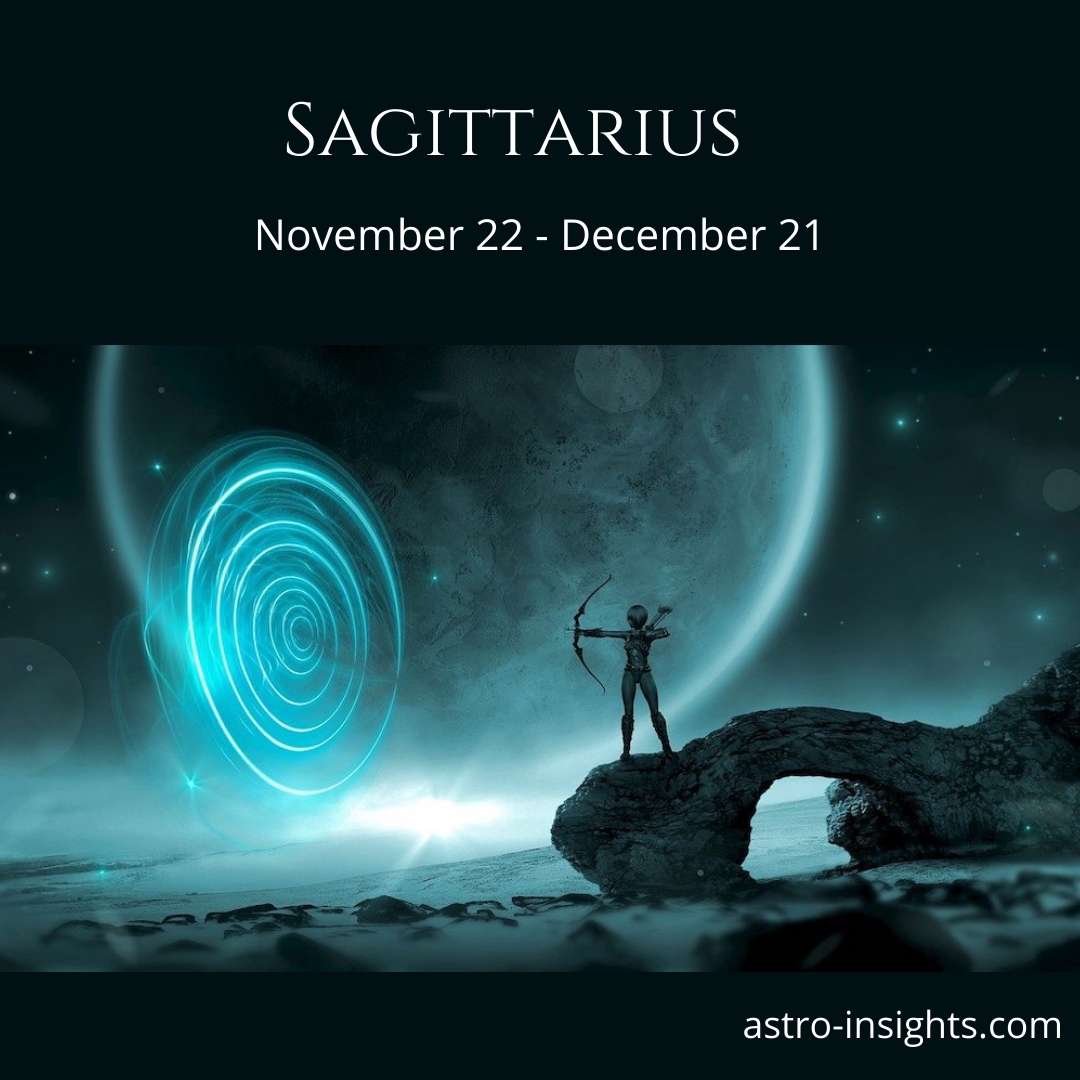 Sagittarius, the Archer is depicted as a centaur, half-human, half-horse. In Ancient Greece, centaurs were revered as wise demi-gods, skilled in archery and the healing arts.

The Centaur merges the instinctual intuitive nature of the horse with the purpose-driven, aspirational human aspect. Centaurs are wild and raunchy creatures that roam freely and are guided by the sixth sense. The Archer aims high, even if there is little chance of hitting the mark: it is better to aim high and miss than never to take aim at all. You can only fail when you stop trying.

In mythology, the Archer is associated with Artemis and her vengeance scheme. One day, Orion, the hunter, inadvertently laid eyes on her naked body while she bathed. Furious about the trespass, Artemis vowed to punish him. So she sent the Scorpion to avenge her by stinging Orion in the heel. But, the Scorpion paid for his loyalty with his life.

In an attempt to protect Orion, the wise Centaur Chiron aimed his arrow straight at the Scorpion’s heart, which is marked by the fixed star, Antares.

Sagittarius is often depicted as a jovial sign – a happy-go-lucky character, who constantly shoots for something just to try his luck. But once the arrow has left the bow, the Archer is immediately looking for a new target.

Sagittarius is concerned with justice, and he can be quite the zealot. His wrath resembles sudden combustion. Picture Zeus, launching his thunderbolts! But he also shows mercy, as long as it will not be seen as weakness. Jupiter/Zeus, the king of the gods, rules Sagittarius. He is much cherished for his benevolence, but he can also be a fierce opponent, ready to defend the order of the Olympian world.

The sign of Sagittarius is known for its openness towards novelty and its undying optimism. And he is never afraid to take a gamble.