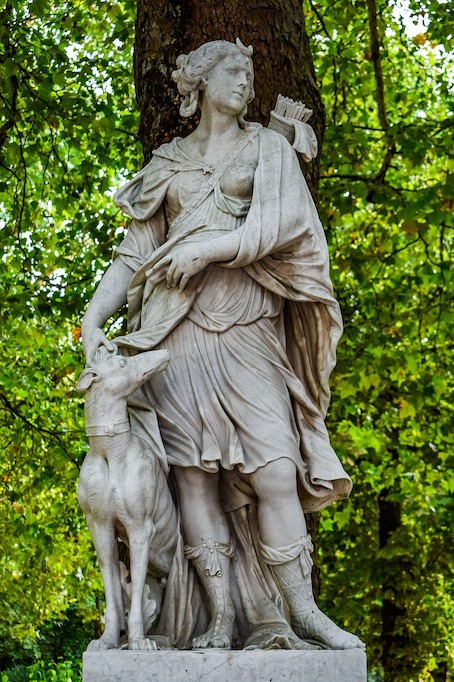 The Sun enters Virgo from August 22 to September 22, 2021. Despite the virginal associations, Virgo, the maiden, is no coy young thing. She may be unattached, but not for lack of suitors. Virgo is independent, self-contained and self-sufficient, and she likes it that way. Virgo, the huntress, does not need a male counterpart to validate her power. She is a Goddess in her own right.

But that does not mean she lacks all ‘feminine qualities’. She is all woman, but a woman in control of her own life. She is virginal in the sense that she is no one’s wife. But, she gives freely of herself if and when she chooses. Often, she feels hesitant to get involved and prefers to sit on the fence, watching, instead of dealing with the messiness of actual relationships.

In mythology, Virgo has been associated with various Goddesses, Ceres, Diana, Demeter and more. They often depict a Virginal Mother and Fertility Goddess or an Earth Mother who provides for all. In the Northern Hemisphere, the constellation of Virgo is visible in the night sky from about Easter to September during the fertile growing season.

The myth of Demeter tells of her daughter Persephone’s abduction and journey to the Underworld. Hades, the Lord of that dreary place, had plucked the unsuspecting girl from amidst a field of flowers, and taken her to his dark abode, far beneath the ground.

Naturally, Demeter was beside herself with grief. Wailing, she roamed the land in search of her daughter. But no one had seen her. Eventually, she grew impatient and threatened to lay the Earth barren and let the land go to waste if Persephone was not returned.

This was no empty threat. As the goddess of fertility, she could wield that power. Eventually, listened to her plea and took mercy on her for the sake of averting a famine. He pledged to bring Persephone back as long as she had not partaken of any food during her stay in the Underworld.

But it turned out that she did have six pomegranate seeds while in Hades’ abode. But Jupiter, moved by Demeter’s pain, struck a compromise. He decreed that Persephone could return to Earth for six months of the year (spring and summer), but must return to the Underworld and spend the other half of the year with Hades.

Diana, Goddess of the Hunt

In the myth of Diana, Virgo is the maiden huntress, patron goddess of healing and childbirth. Diana is at home in nature and communes with plants and animals as her equals. Yet, her cognition is not purely instinctual. Rather, it is a fine-tuned combination of earthy intuition and practical analysis. She represents that part of the mind that can grasp a million connections simultaneously, discerning patterns, and quickly understands even hidden processes at work.

Psychologically, Virgo is unpretentious but never at rest. Her hyper-alertness sometimes triggers anxiety and alarm, often over little things. She needs to learn to use her powers of discernment and dismiss irrelevant distractions from her headspace. She also has a tendency to care more for others than for herself. Her biggest pitfall is the ‘healer’s complex’. Self-care and self-acceptance are the roots of her power.