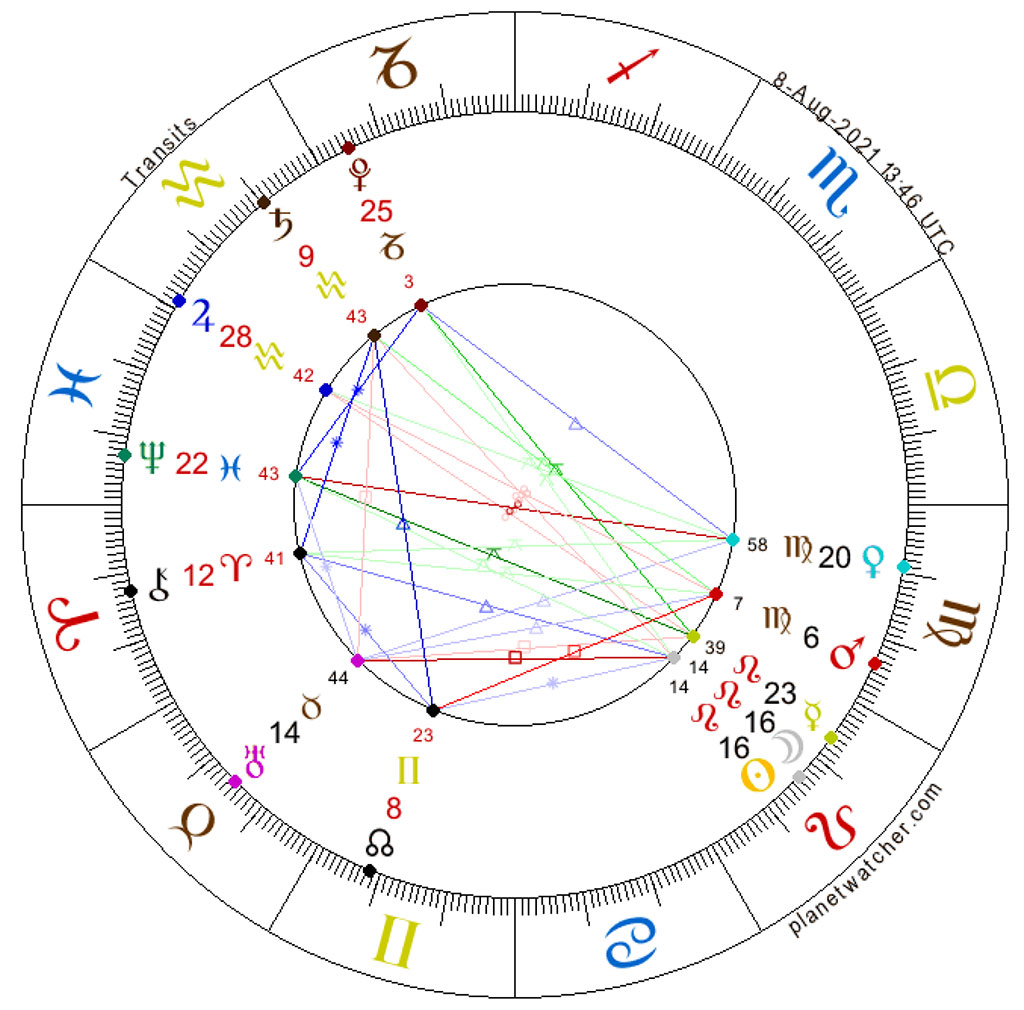 The New Moon in Leo is a great moment to embark on a creative journey. Perhaps an idea has been gestating deep within you for a while. When the Sun and Moon join forces in Leo, seize the moment and commit to the act of co-creation.

To some degree, every New Moon offers this opportunity. But on the Leo New Moon, the Universe is aligned to infuse that creative spark with leonine fire.

The New Moon squares Uranus in Taurus. Novel ideas often first come as a disruption, a disturbance to the status quo. That is why they are often dismissed as too difficult. A million excuses prevent us from stepping outside our comfort zone. This square is like the call to adventure on the hero’s journey. Will you take up the challenge or let it pass?

In the social sphere, this aspect pattern represents a challenge to the established authority. There are a lot of voices calling for change right now! But, how do we respond? What kind of world do we want to live in? What kind of future do we want for our children? The world we will get is the one we create with our decisions and actions.

The messenger-god Mercury is also in Leo, but too far removed from the Sun and Moon to call it conjunct. Instead, it casts a double quincunx, one leg stretching to Neptune in Pisces, the other to Pluto in Capricorn. Both of these outer planets emit transpersonal energies, which Mercury is set to express. But, this combination of stellar influences suggests ambivalence. The voice of authority can only be upheld as long as others are listening and believe in its message. In this horoscope, Mercury in Leo is supposed to be that voice of authority and leadership. But these quincunxes are setting up traps by questioning commonly agreed premises of reality. Since entering Capricorn, Pluto has been hollowing out the substance of social institutions, and Neptune in Pisces keeps conjuring up ‘alternative realities’ (aka conspiracy theories), which at a fundamental level erode the trust necessary for society to function. Under such circumstances, it is very challenging to uphold any kind of just authority.

Neptune conjures up plenty of fanciful dreams, but Venus in Virgo usually finds excuses as to why this or that could never work or just isn’t practical right now – even if in her heart of hearts she fancies the allure. Venus in Virgo sits on the fence, perhaps offering critique or advice, but not getting her hand dirty. It is safer to dwell on an abstract but perfect vision of how things could be than to actually dig in. But if you are heeding Leo’s call for a creative adventure, that fence-hogging Venus must be put to work. At the very least, get her to design a schedule, a to-do list, or a SWOT (strength, weaknesses, opportunities, threats) analysis. Anything that will support your effort, rather than putting a dampener on it with untimely criticism.

Social learning is natural. We do it all the time. It works well as long as it takes place in an environment that is free of fear. Older and wiser people or those who are more experienced can help others learn and grow. But some less experienced members may fear criticism. Unrealistic high expectations or unreasonable criticism can thwart the creative impulse and nib it in the bud. Strive for excellence, but never be too proud or too ashamed to learn from those who are a few miles ahead.