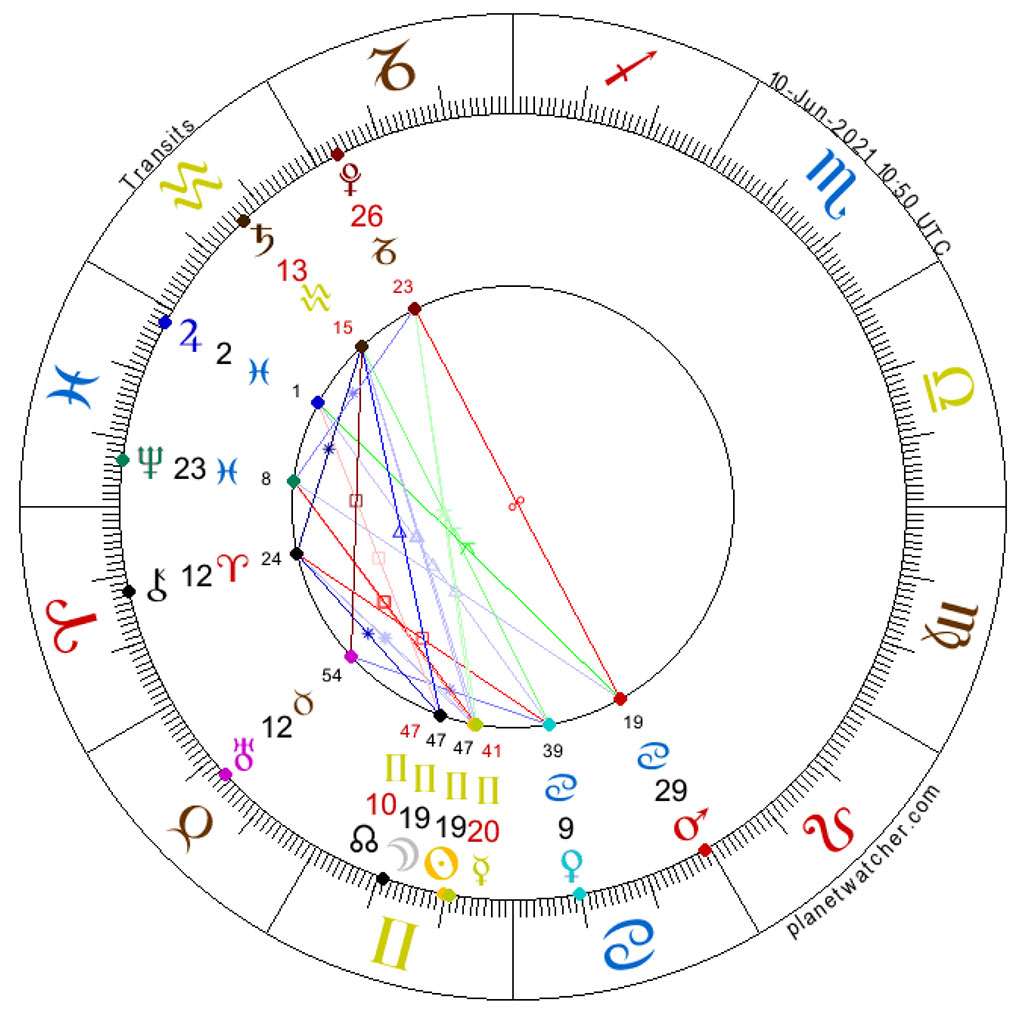 On this New Moon in Gemini, the Sun is eclipsed, and the luminaries are conjunct retrograde Mercury. Solar eclipses signify a moment of darkened consciousness, while New Moons generally signify new beginnings or renewals. At this reset moment, we would be wise to be quiet, to listen within and to take time to contemplate before taking any action. Even more so as Mercury, in whose sign the eclipse occurs, is going backwards. Jumping to conclusions at such a time and reacting from the gut can be disastrous. Best to pull back and try to see things with detachment and taking multiple perspectives.

The Sun, Moon and Mercury trio also forms a square to Neptune, although not a tight one. Neptune can be a murky fellow and in this case, it seems as though he is bringing up stuff from the deep, things that have long been forgotten or denied, things that are not comfortable to look at. But it may be necessary to face these forgotten ghosts if we want to move on.

To be cautious and not overreactive becomes even more important given that the second Saturn/Uranus square is just days away. Actually, it has been lurking as a background theme since the beginning of the year, but it is now going to return for a second display. Under this influence, things are rather tense and volatile. Attempts to suppress this energy are not likely to end well. But free rein may also cause a considerable amount of chaos. Again – the best way forward is probably to hold off and listen to the grievances that are bringing tempers to the boiling point.

The influence of the ongoing semisextile between Uranus and Chiron is lessening, but at this point, still hovering, and fully operational. We need to continue to exercise diligence and due caution.

The opposition between this belligerent pair took place a week ago, but its effects still linger. This is quite a power play and chances are there will be an aftermath. Mars in Cancer is rather touchy and can easily overreact to any figment of his projection. If he doesn’t produce some kind of psychodrama, he will likely walk out or blackmail his way out of a tight corner.