Venus is moving into Aries 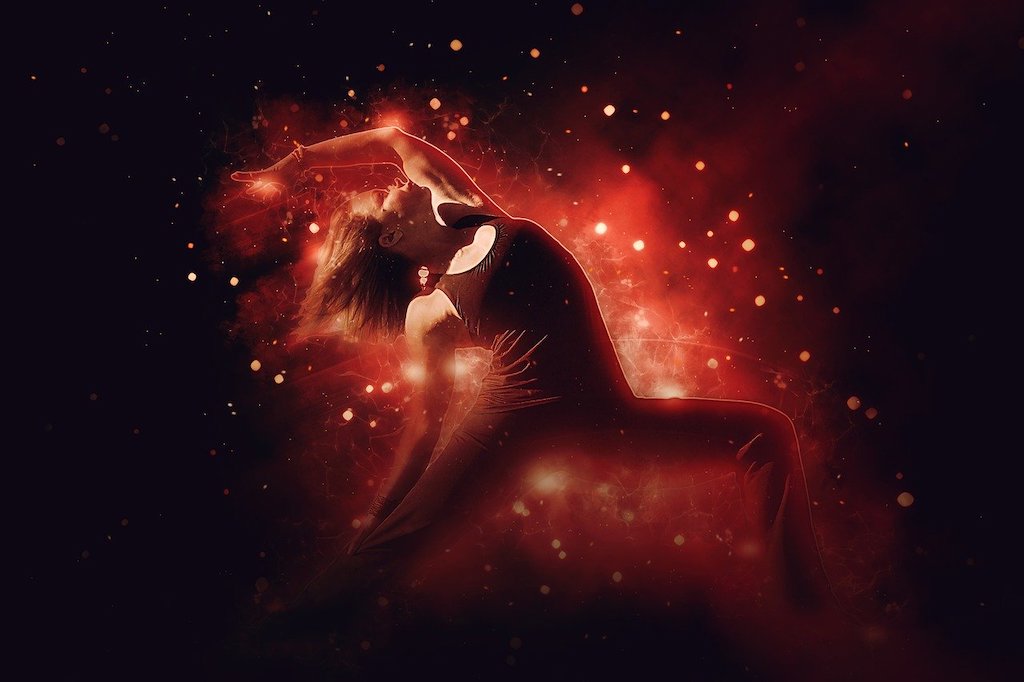 An Archetype of Feminine Power and Leadership

Venus in Aries is an image of a fearless warrioress. She knows exactly what she wants, how she wants it and determined to get it. This is no push-over place for Venus.

This is a feminine archetype of power and leadership. But while Mars is in it for the glory, Venus is motivated by righteousness. Venus is a social planet and her focus is on relationships with others. In Aries, she will stand up for her rights, defend her stance, and fight for what she believes is right. But she does so as a front fighter for a larger cause. Joan of Arc, or Boudica, are perfect examples of the Venus-in-Aries archetype. She is a formidable warrioress, ready to fight tooth and nail to defend her children, her family, and the people and causes she cares for.

Venus in Aries is a creative pioneer. Her expression is bold and unabashed. To her, creating art is a radical act, potent, powerful, and sometimes garish, and pushing the boundaries. If art is her thing, it will mean more to her than just creating beauty. It is a way to reaffirm her creative source.

Venus in Aries can be demanding of others, and she certainly is not one to cross swords with. She won’t give in. In conflict situations, it can be difficult to find a compromise with Venus in this sign.

An Aries Venus is wilful, passionate, and not exactly risk-averse. Her outspoken and independent attitude can get her into trouble, even though she rarely means harm. It’s just that certain social norms or conventions simply get in her way. Venus in Aries wants to be herself: authentic, frank, and sometimes, selfish.

When Venus moves through Aries, it is a good time to push forward with creative projects. It is also a time to acknowledge one’s own needs and wants and to be a bit more assertive when it comes to fulfilling them.

As Venus is usually quite fast-moving, her transits are not usually very noticeable. They are fleeting vibes, most salient when making direct contacts with natal planets or positions.

The Ascendant and the first house are about the way we present ourselves to the world. Aries in this position is usually not coy. When Venus moves through this section of the horoscope, she walks up on stage as if it should naturally be all hers.

The house of money and values is Venus’ natural domain. In Aries, Venus can turn into a competitive shopper. It’s impulse buying gone rampant – she simply has to have what she wants when she wants it – which is – now! Careful, though. Such a shopping adventure can come with a pre-programmed ‘morning-after’ effect.

Venus in Aries loves spending time with close siblings and friends, just as long as she can be the centre of attention. During this transit, personal communications may be more open and outspoken. In this house, Venus is not very patient with those who may be a little slower.

Aries in the house of domesticity is never really a quiet place. When Venus passes through, it is likely to get even more sociable. Alternatively, Venus may go rampant on ‘sprucing-up the home, or it could get prickly with passion and drama, depending on what else is happening in the horoscope.

The fifth house is the house of fun and games, of children and creative projects. When Venus visits this house there is a burst of excitement and creative energy abounds. This is a great time to pursue new projects or to fully indulge in your creative passions. The only dilemma you might face is that there just may not be enough time in the day for it all.

Those who are born with Aries in the sixth house daily routines are rarely dull. When Venus is passing through she brings with her an extra dimension of enthusiasm and energy to inspire your projects. Just don’t overdo it, otherwise, you may end up exhausted and in need of some serious self-care.

The seventh house of partnerships and love is Venus’ other natural domain. A Venus transit through this sector of the horoscope tends to be pleasant and harmonious. There may be an opportunity to flirt, or at least for flights of fancy and infatuation.

An Aries ninth house of travel, study and expanding horizon is a natural playground for transiting Venus. Aries is spontaneous and adventurous, and Venus passing through is ever ready to explore the road less travelled. However, she might be in such an exuberant rush that she misses the exquisite detail of the here and now.

A visit from Venus to the tenth house marks an excellent time for self-promotion – especially in an Aries. This transit can boost confidence and empathic leadership skills. This combination of enthusiasm and confidence can help unlock the doors to promotion.

The house of community and groups puts the focus on connections with like-minded people. Engagement with a group or cause is a perfect way to express Venus passing through this section of the horoscope. Of course, in Aries, Venus wants to be at the centre of attention and play the lead role. Using empathic leadership skills, rather than autocratic ones, will gain support from others.

The twelfth house is a difficult sector of the horoscope for most planets and Venus is no exception. The best way to handle this transit is to take that Venus onto a spiritual level. Go on a retreat (even if it is at home) and focus on inner work and self-discovery. In this house, the ‘I’ becomes painfully aware of its separation from the great cosmic whole. A deep urge to merge with the source may surface from the deep. Since Aries is an active sign, pursuing compassion as a path of practical love in action may be a good way to express it.